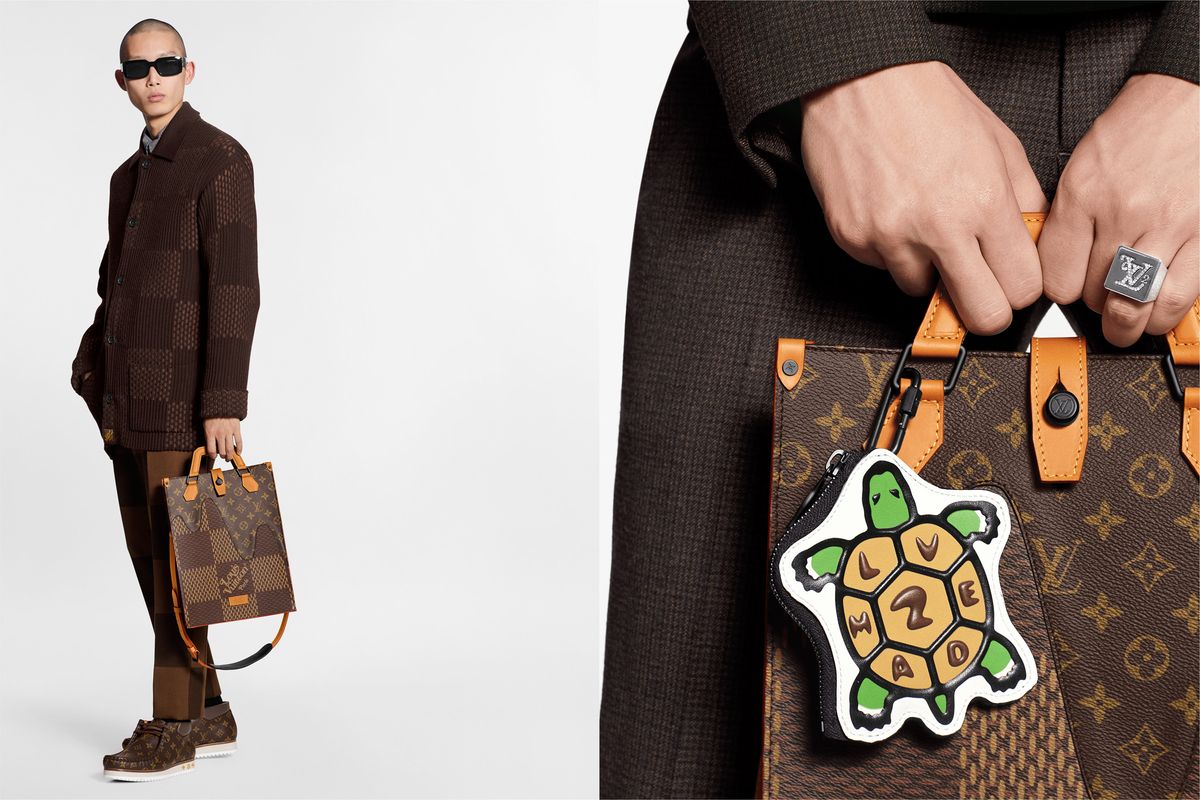 In December of last year, Louis Vuitton sent the streetwear world into a frenzy after announcing Virgil Abloh's first collaboration for the house with NIGO, the pioneering Japanese designer, founder of Human Made, and former founder and co-founder of BAPE and Billionaire Boys Club. Fan speculations almost instantly circulated the internet in anticipation for the collection's unveiling, and the final result certainly surpassed expectations for all those who took guesses on what to expect.

In March, Abloh finally put fans' anxiety to rest with a first look at the collaborative Pre-Fall 2020 range—officially named "LV²." Paying respect to the French fashion house's forte for travel, the collection landed as a cross-pollinating observation of the London mod-era dandy through a Tokyo lens.

The tailoring harkens back to Nigo's formative years, during which he sought much of his inspiration from the subcultural history of London, while design details nod to his more recent accomplishments. LV-embossed drip motifs reference his work with Billionaire Boys Club and a flight jacket reads "LV Made" to celebrate his path-forging work at Human Made.

Fast-forward to today and the second drop of LV² has just arrived in stores. Following the collection's inaugural Drop 1 on June 26, this next installment encompasses a full range of ready-to-wear, leather goods, shoes, and accessories. The classic soft trunk and turtle-embossed backpack return with refreshed leather paneling, while other accessories arrive with cartoon animal charms. Louis Vuitton's oversized Damier checks and signature monogram dominate denim and leather statement pieces, and silhouettes remain in close proximity to the aforementioned mod-era dandy aesthetic.

"Me being at Louis Vuitton is directly attributable to work Nigo's done in the past," Abloh previously told Vogue of his relationship with Nigo. "A collab project with him—it puts his work in the right context." Citing Nigo as one of his first fashion inspirations, Abloh incorporates several defining facets from the Japanese visionary's career into this well-rounded collection, all the while decorating each component with the Maison's timeless monogram.

In conjunction with the second release, Louis Vuitton is unveiling a temporary residency dedicated to the LV² collection at its SoHo store location in New York City today on 122 Greene St, where pieces from the range will run through mid-October. See more looks from the capsule in the lookbook in the gallery above