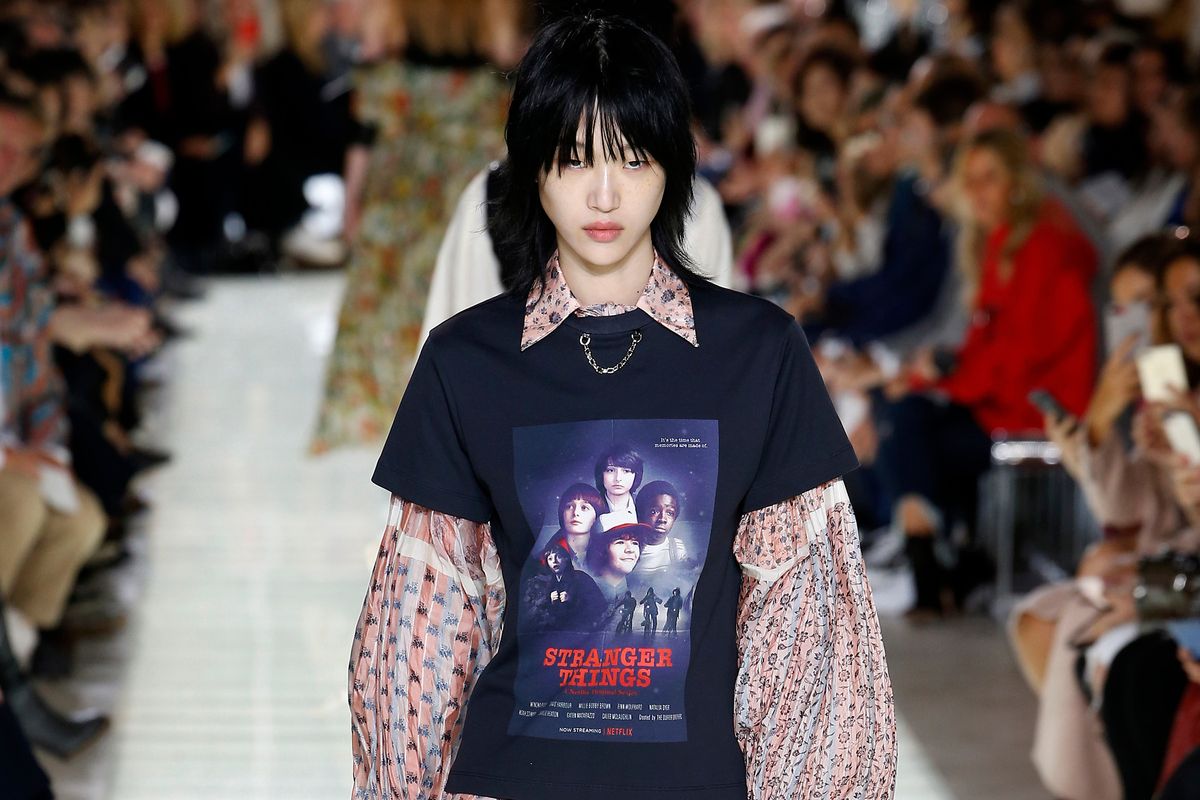 Louis Vuitton was the grand finale of Paris Fashion Week, and therefore the SS18 Fashion Month, so designer Nicolas Ghesquière pulled out all the stops for LV, returning to the massive Lourve for their runway show and displaying a beautifully bohemian range. But easily the most interesting aspect of the collection were the stranger things — literally. Toward the end of the show, model Sora Choi stormed the catwalk sporting a tee with the Stranger Things poster, featuring all the rad kids including Millie Bobby Brown, Gaten Matarazzo, Caleb McLaughlin, and Beautiful Person Finn Wolfhard.

While the shoutout to the thrilling Netflix phenomenon may be puzzling, it shouldn't come as a big surprise. Ghesquière hung out with the kids at LV headquarters in Paris last year and teased a special project on Instagram. Evidently, Stranger Things has been on his mind since the debut, and perhaps this nod on the runway is a teaser for something bigger to come. But one thing's for sure, when the second season premieres on Halloween, we know who'll be watching along with us. I wonder what Ghesquière's favorite binge snacks are?