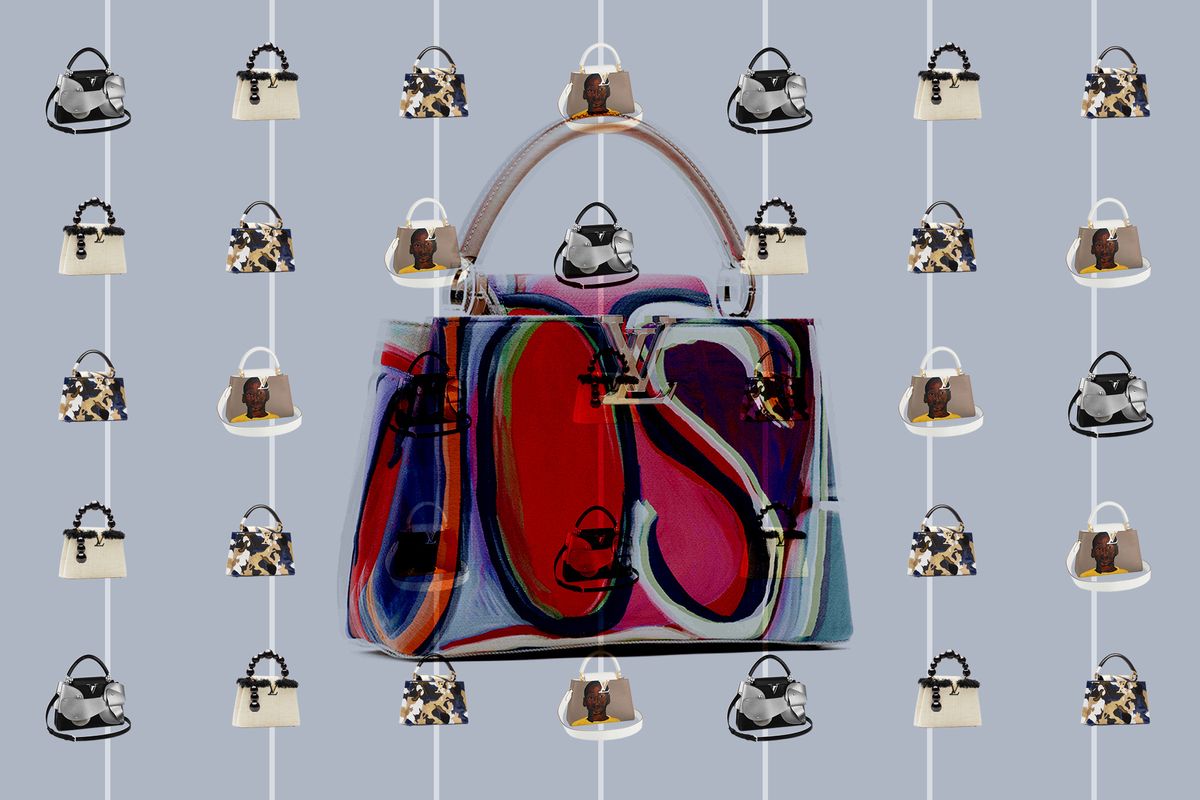 First introduced for Fall 2013, the Capucine bag has since become one of Louis Vuitton's most popular all-leather styles. (The name is taken after the Parisian street where it opened its first store.) Its clean lines and minimalist construction has allowed it to act as a blank canvas for numerous collaborators and capsules.

Last year saw the House team up with six artists from around the world (including Alex Israel and Urs Fischer) for its inaugural Artycapucines collection, where they applied their distinct artworks to a classic Capucine. After the success of that launch, Louis Vuitton decided to invite a second round of contemporary artists to reimagine the bags: Beatriz Milhazes, Jean-Michel Othoniel, Josh Smith, Henry Taylor, Liu Wei and Zhao Zhao.

Available now in select stores globally, each bag in the Artycapucines collection will be released in a limited and numbered quantity of just 200. Louis Vuitton gave PAPER a behind-the-scenes peek at the making of each limited-edition style, all of which were crafted in the brand's ateliers. Read on below for a closer look.

Californian artist Henry Taylor laser printed the Capucine with his 2017 portrait of the late Black artist Noah Davis (and founder of LA's Underground Museum). The painting was reproduced on leather to replicate the brushstrokes and different textures featured on the original painting using precise marquetry techniques after multiple experiments testing 2D and 3D printing.

Brazilian artist Beatriz Milhazes used 18 different types of leather made into the same thickness and then inlaid onto the bag's lambskin case using marquetry techniques. Among the kaleidoscopic textures are two areas of golf leaf and a silicone gel peace sign. The LV logo matches the exact colors of the artworks thanks to its enamel maquetry and gel.

The bag's main body in Jean-Michel Othoniel's version is made of intricately hand-woven raffia, while a hand-embroidered trim along the top edge uses a type of black satin silk commonly used in haute couture. Its handle is made of large black resin beads reminiscent of the French artist's popular large-scale works, and the charm is made of three sculptural resin beads.

New York-based artist Josh Smith is known for his signature "name" paintings, which was recreated by embroidering the bag's cotton canvas exterior with white stitches to replicate the effect of brushstrokes. The letters of his name are printed across the bag, and his "Palm #3" painting is printed in the silk inner lining. LV's logo is metal inlaid with wood while the handle is made of pure pear wood.

In 2019, Liu Wei unveiled Microworld, a large-scale sculptural installation that debuted at the Venice Biennale. The Beijing-based artist based his Capucine on that work, whose aluminum petals from the sculpture are recreated using five different types of silver leather that are molded onto the bag's exterior or attached using Louis Vuiton-engraved rivets. The Plexiglas handle is held in place by rings covered in metal spheres in different finishes that match the original artwork.

Chinese artist Zhao Zhao's 2018 sculpture "In Extremis No.3" inspired his Capucine, transforming the work's metal components into laser-cut leather patches that are sewn together into a single panel following the layout of Zhao's original piece, covering the bag's surface with the final pattern.