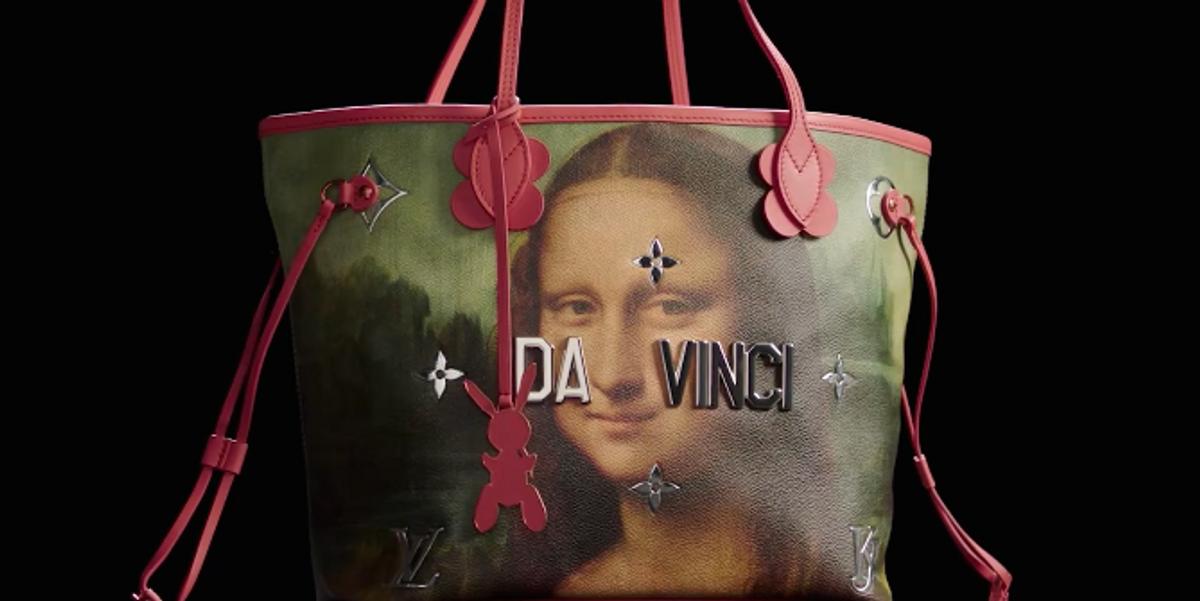 You know your Aunty Trish? She's over 50 but wears a lot of hats and fur stoles and enjoys a nice pair of lime green capris. She's over 50 and considers herself "funky" and "in the art scene." She's not un-stylish, you can appreciate her for going out on a limb, always "mixing it up." Jeff Koon's new collaboration with Louis Vuitton is your Aunty Trish.

Now, the long-standing problem with statement handbags is that they are still accessories, which means they accessorize your actual outfit. It's difficult to wear a patterned handbag, certainly, but do you know what's really freaking hard? To adorn your body with leather, screen-printed with the damn Mona Lisa, but that's what Louis Vuitton and Jeff Koons want you to do with their new collection Masters.

The goal of the collection was to, apparently "eradicate elitism" (although if spending four grand to on something that holds your things doesn't say elite, what does) and Louis Vuitton CEO told The Times the brand expects "pushback" for taking the greatest art ever created and putting it on bags.

"People are going to be upset about the sacred entering the realm of the profane," he said. "But we like to do things that can be perceived as politically incorrect. If we are getting flak, we think we are doing something right."

Alrighty, then. Well at least we all know what Aunty Trish's birthday present will be this year.