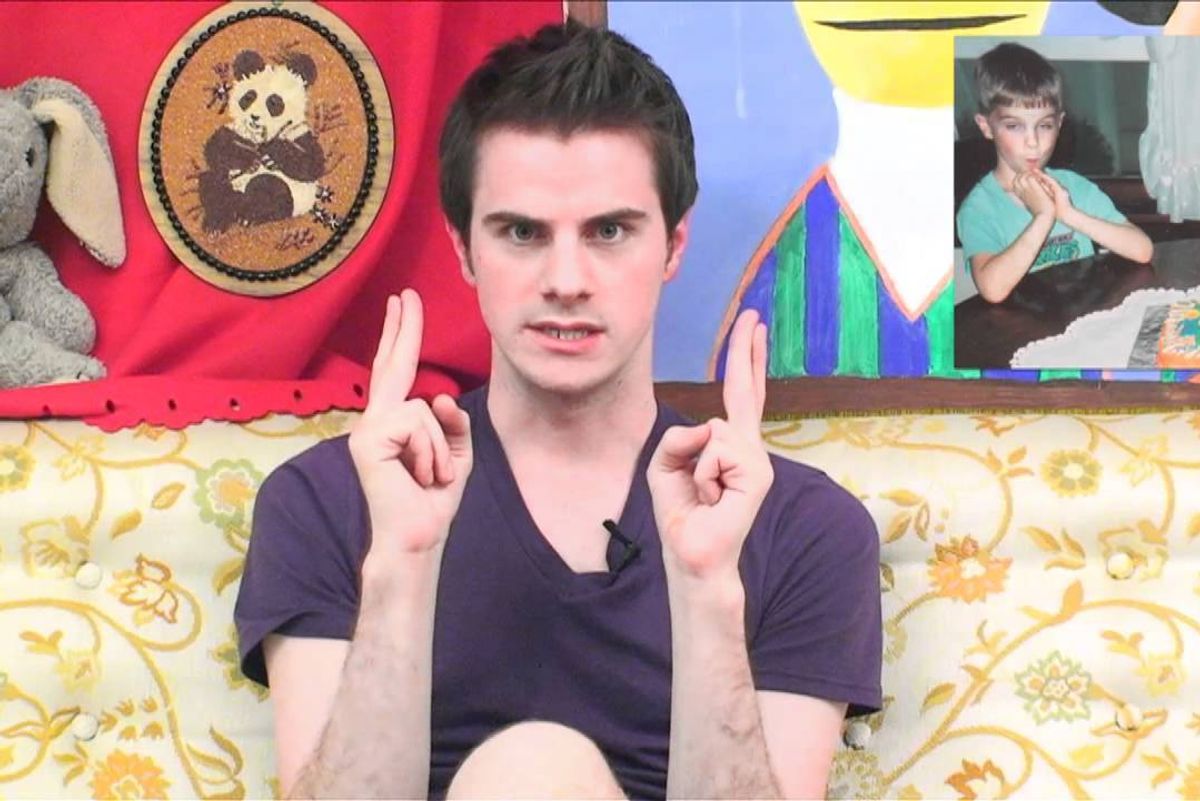 Comedian, pop-culture sage, and peerless Verbal Voguer, Louis Virtel, made Jeopardy! history last year with an iconic finger snap after he nailed a question about Arthur Miller's The Crucible.

Fortunately, both the video clip, and the resulting GIF went viral--demonstrating one openly gay man's triumphantly flamboyant reaction to winning a $5,000 "Daily Double."

Unfortunately, the Republican party naively (and lamely) used Virtel's gloriously gay moment for their own agenda, when making an announcement to follow the official GOP Snapchat during Obama's final State of the Union address.

"Ohhh snap! It's almost time for the State of the Union!" some terribly uncreative GOP.gov community manager wrote.

Whether or not this move was done by some double agent in the GOP, Virtel's gesture should not have been tainted by a famously homophobic and anti-feminist political party.

Understandably, Mr. Virtel was NOT pleased with this bastardization of his warrior snap, taking to Twitter, and HitFlix (where he writes) to sound off against the Conservatives.

Louis gave PAPER his own two cents about this woeful appropriation.

The GOP tried being cute by using an image of me enjoying myself on their website. They're sorely mistaken if they think I'd celebrate being associated with them. I am a Madonna-idolizing, Jane-Fonda-exalting, militantly proud gay guy and feminist who thinks the GOP has done more to harm LGBT Americans and the wellbeing of women than any other organization I can think of.
They're monsters and terrors and should always be acknowledged as such.
Fortunately, the very demo they're trying to reach with their hip new hip Snapchat handle thinks they're monsters, too.