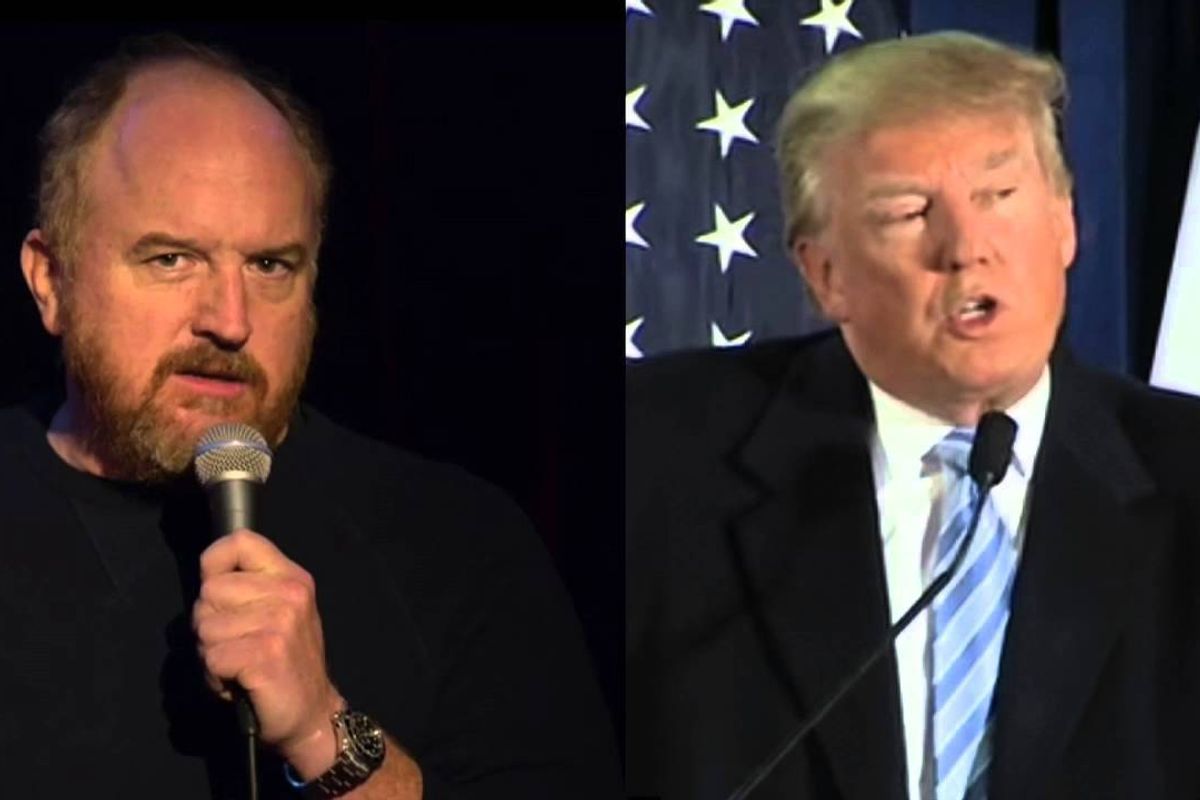 Louis CK is the latest celebrity to come out against Republican presidential hopeful and flapping mouth goblin, Donald Trump.

This morning, in an email blast promoting the new episode of his show Horace and Pete, Louis sent a plea to all recipients to not vote for Trump, under any circumstance whatsoever.

P.S. Please stop it with voting for Trump. It was funny for a little while. But the guy is Hitler. And by that I mean that we are being Germany in the 30s. Do you think they saw the shit coming? Hitler was just some hilarious and refreshing dude with a weird comb over who would say anything at all.

Many other famous folk have been vocal about their disdain for the megalomanical human caramel--with some, including Jane Fonda and Kerry Washington--spearheading the "StopHateDumpTrump" petition, calling for less media coverage of the budding tyrant.

When Louis CK is scared, we all should be.