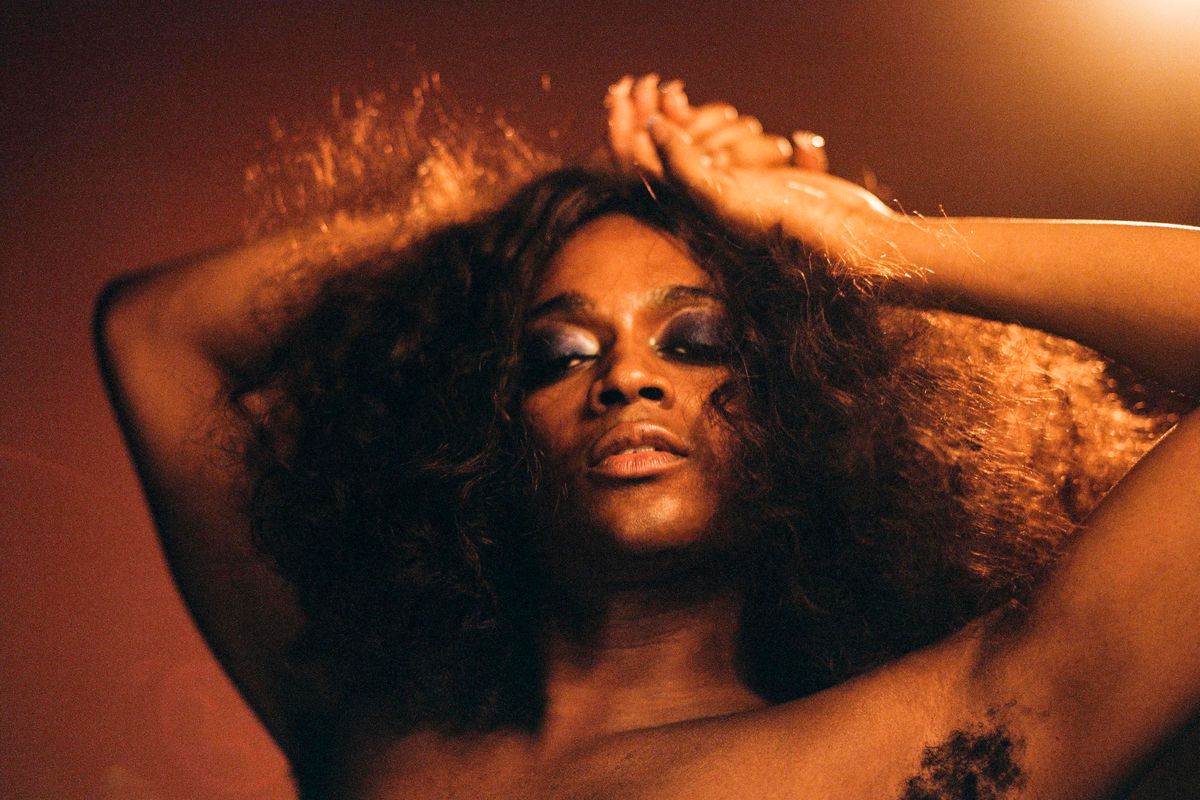 Lotic Is Reclaiming Their 'Power'

Power is a tricky thing. Power can be strengthening. Imbuing its subject with confidence, authority, and agency. Power can also be corrupting. Warping its wielder into a sadistic tyrant. Power is fundamentally a force, exerted from one entity onto another. It creates a hierarchy of those who have power and those who do not. Power is something we aspire to posses regardless of whether it is physical, emotional, or political. It is a double-edged sword, intoxicating but not without consequences.

Berlin-based producer Lotic's debut album, Power, revolves around the concept of the title; exploring the artist's relationship to power, how they navigate existing structures of power, and forge their own. Lotic constructs of constellation of ideas playing with how power manifests in sexuality on "Hunted," the strength in perseverance on "Resilience," and vulnerability on "Heart (feat Moro)."

Sonically, Power draws from Lotic's background in deconstructed club and Berlin's musical identity folding in elements of trap, techno, and ambient electronic to create its overall profile. Industrial beats puncture rich tapestries of strings and caustic synths bristle between whispered words in an album that finds comfort in opposing forces. The album also sees Lotic's first foray into using their own voice in their work bringing in a whole new dimension of depth. Lotic's lyrical work offers a new emotional accessibility into their cerebral production work.

Power is the emergence of Lotic's voice. It is their most personal work to date and most vividly illustrates their evolution as an artist and as an individual. Power is the culmination of a vast personal growth, emerging out of a chaotic and tumultuous period of their life, that could break even the most stoic of spirits, Lotic is ready to move on.

We sat down with Lotic to talk about how the album came together:

What makes up your definition of Power?

What idea were you playing with going into making Power?

I wanted to portray strength from the perspective of marching bands and Black Lives Matter protests. That was the image that I started off with in making the album and I quickly realized that I couldn't have just 40 minutes of that. I also realized that I hadn't seen power portrayed in any other way besides that so I wanted to explore other definitions of power.

The impression that I got from the album was that its both very armored and vulnerable at the same time.

Yes, that's very much me. I've always been known as the "deconstructing" person and that's not really me. The challenge was to show a different approach on the album and different side of myself as well.

"Hunted" is such a striking track, it has this sensual energy with a little bit of a venomous edge. Where did it come from?
I liked the idea of having a message about my gender expression and my experience with race but whispered - everyone loves to jump to the "why don't you just...." or the 'angry black person' stereotypes and, no, I'll tell you about MY lived experience, which obviously affects my art, myself. But since you think the messaging is aggressive, I'll whisper it!

How did you reconcile your previous more club-oriented work with some of the softer introverted pieces on Power?

I found I wasn't allowing myself to go back to voice or sax or any of that stuff just focusing on rhythm which is kind of silly but now I'm glad that I have that experience and feel like I'm in a place where I can use them. I had stuff that I wanted to say, and it wasn't super deep or trying to be the best songwriter ever, but its just easier to get your message across with words. I try not to take that for granted even though as a DJ I do that and I've known that for years. I feel like that I might have had a little bit of arrogance when it came to my productions like "they're gonna get it and if they don't get it they're stupid" and its more like "no, you got to be clear about your intentions girl." I feel like there was no way that I would have been able to put this album together, I'm not sure it would have happened or made sense to me.

How did you approach putting lyrics to your productions?
i knew i wanted my voice present from the beginning. it's another way to inject myself into my work, make it unmistakably mine, and i knew it was time. i hadn't initially planned on writing full songs, but the main themes just really needed to be voiced in a way that i wouldn't have been able to without lyrics. the songs really wrote themselves, but i focused on these affirmative (and sometimes cocky) chants.

What were some of the roadblocks you faced in the process of making the album?
Pretty much every roadblock there is! Lack of resources, no studio equipment whatsoever, no stable place to live or work, dark state of mind, list goes on!

You talked previous about how your personal life was in chaos in the process of making this album. You were evicted from your apartment in Berlin without any notice, assaulted in a bar at one point. How did you recover from having all of that thrown at you?
I'm not sure I really have, honestly. I'm in a much more stable place now. I can begin to build a home. I can focus on me again. I suppose I always knew the album would be my way out, but then again I also kind of never thought the album would actually happen...

Now that the album is out does it feel cathartic or a relief that its done?

I wouldn't say cathartic. Cathartic feels like a strong word, it feels good though. But it is nice because I am so done with it because of the state of mind I was it. I'm very proud of it but it was such a painful time its like "okay I know I have to play this live but as soon as that's done let me move on to the next thing."

Definitely putting the live show together. Also making the music that I wish I had had time to make for this record.

Communities and systems of support are so important for queer individuals, the track title "Distribution of Care" alone seems to address the dynamics of care being something that needs to be given and taken. What was it like finding your own circle of support and how did you nurture its growth?
I honestly didn't realize I had it until I had no choice but to rely on it. I am a very proud and independent person, so asking for help, asking for empathy or sympathy even, don't come naturally to me. I kind of give a lot and don't expect - and reject, to a certain extent - anything back. I am aware of this weakness and obviously it affects my relationships but it got to the point where if I didn't ask for that support I would literally end up on the street. Through that, I was softened immensely. I can see much clearer now what I have. And I can give more and better and I can accept that love in return, too.

Power is out now via Tri Angle Records