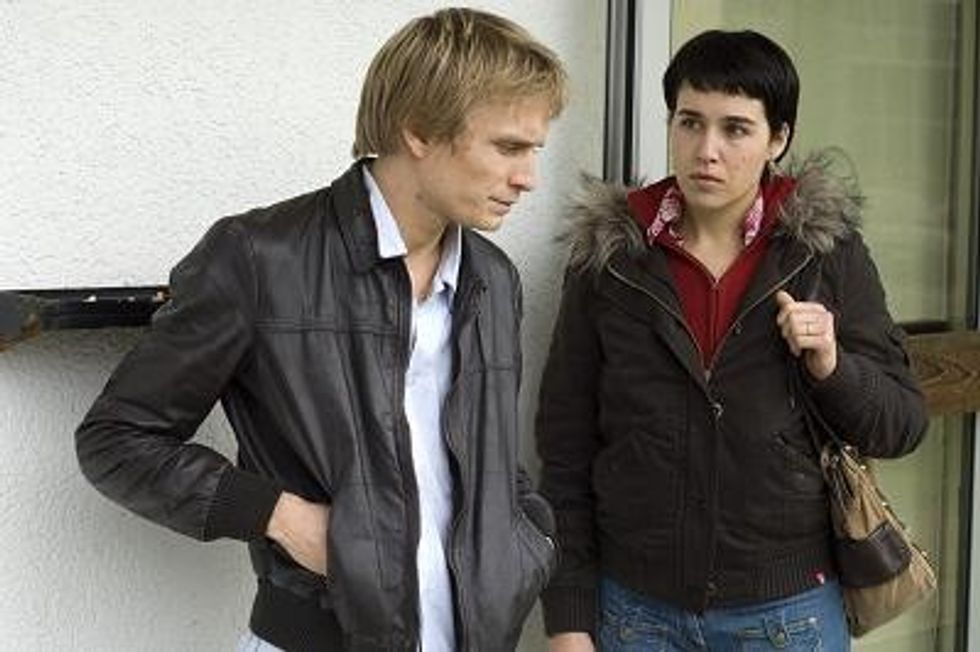 Opening this week is a terrific movie, Lorna’s Silence. I love the spare, ascetic beauty of acclaimed filmmakers Jean-Pierre and Luc Dardenne (La Promesse/ L’Enfant), and it perfectly suits their new heroine Lorna (played by the stunning Arta Dobroshi), an Albanian woman running with some shady characters in Belgium. She is married to a hapless junkie (Jeremie Renier) only to gain citizenship in order to later marry a wealthy Russian. But the mobsters in charge want to speed up the process by bumping off her husband and making it look like an OD. Lorna, who dreams of making money so that she and her real boyfriend can open a shop, is a tough cookie, but she has a real conscience and can’t go through with the scheme. The camera follows Lorna in her red jeans and fur-lined jacked as she navigates this seedy netherworld but she is good hearted and an almost mystical character near the end. This also suits the roving, glacial eye of the Dardennes. Their films dolly behind their characters without emotion but they have a knack of accumulating power by the end that other filmmakers could only dream of achieving.