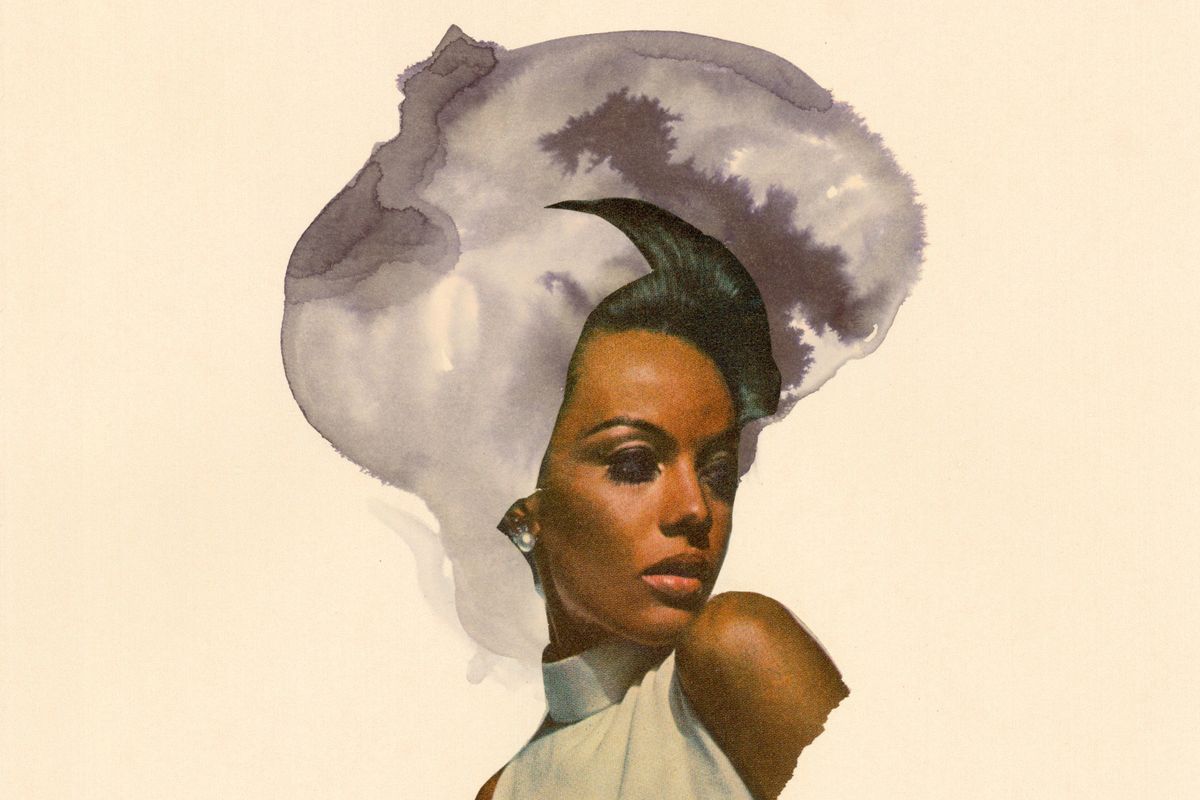 Artist Lorna Simpson's work focuses on the intersections of race, gender, and memory. Her most recent book, Lorna Simpson Collages, published via Chronicle Books, uses advertising images of black people found in old issues of Ebony and Jet to represent the beauty of black hair. The book features 160 images that were made from 2011 to 2017, and also contains an introduction by poet Elizabeth Alexander, who writes, "Black women's heads of hair are galaxies unto themselves, solar systems, moonscapes, volcanic interiors."

The images are colorful and wondrous. The women and men in the collage are adorned in diamonds and pearls, and their hair is comprised of things like gold or bold blue and orange brush strokes. Excerpts of text that say things like "Wall Street Stockbroker Trainee" and "Numbers Boss Defies Death To Go Straight" are also included in the collages.

Simpson has worked to represent the significance of black hair in the past. She once told The Paris Review that she was fascinated with the images from her grandmother's copies of Ebony and Jet when she found them while cleaning up her studio. She said, "I try to keep the collages very simple, as well as the character, the facing, and all the tropes of advertising from those particular moments. In a lot of the advertising from the sixties and seventies, there's this whole focus on before and after in terms of makeup and appearance. The forlorn, concerned expression is before the makeover. They are amazing portraits, even for that time, because there is a subtext of political strife in terms of the before and after during the civil rights era."