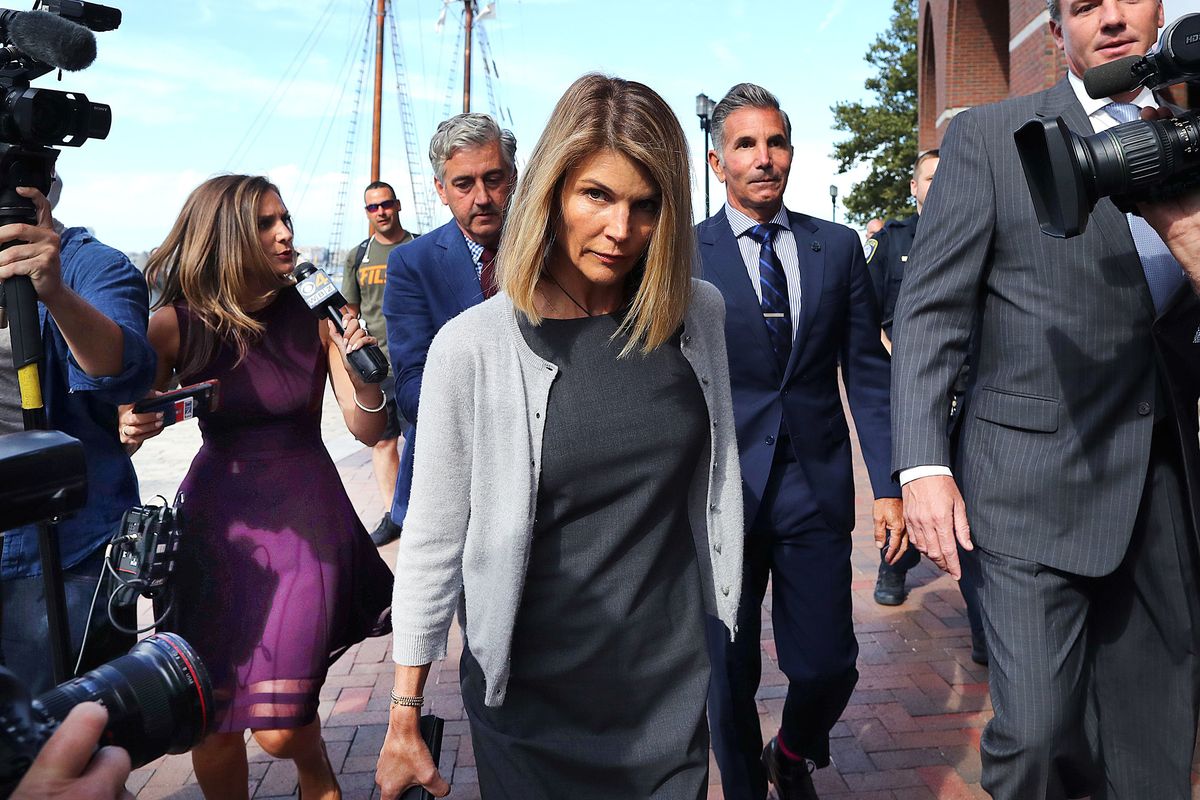 Lori Loughlin has been sentenced to two months in prison for her role in the college admissions scandal.

On Friday, CNN reported that Loughlin and her husband Mossimo Giannulli were formally sentenced after pleading guilty to federal charges of conspiracy to commit wire and mail fraud this past May.

As part of her plea agreement, the former Full House star must also serve two years of supervised release, perform 100 hours of community service, and pay a $150,000 fine in addition to prison time. Giannulli — who prosecutors allege was the "more active participant" in the scam and pled guilty to conspiracy to commit wire and mail fraud, as well as honest services wire and mail fraud — received five months in prison, two years of supervised release, a $250,000 fine, and 250 hours of community service.

In March 2019, the couple made headlines after they were arrested for paying consultant William "Rick" Singer $500,000 to help get their two daughters into USC as fake rowing recruits. Initially, Giannulli and Loughlin pled not guilty, claiming that Singer led them to believe that their money would be used for university purposes and not as bribes to admissions officers.

"I went along with a plan to give my daughters an unfair advantage in the college admissions process," Loughlin said during her sentencing. "In doing so I ignored my intuition and allowed myself to be swayed from my moral compass. I thought I was acting out of love for my children. But in reality, it only undermined and diminished my daughters' abilities and accomplishments."