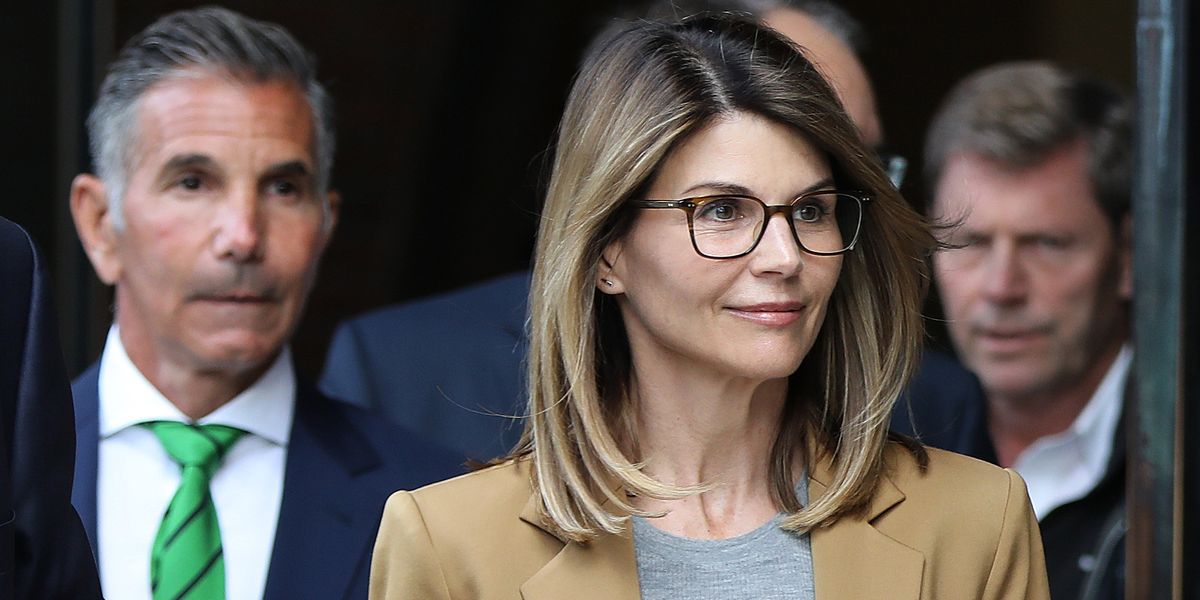 Despite having a pretty bad month, it appears that Lori Loughlin isn't letting all the stress of her high-profile trial get to her.

Earlier today, Loughlin was scheduled to make her first appearance for her fraud case. However, instead of hiding from the paparazzi and trying to slink into the courthouse unnoticed, Loughlin decided to stop and sign some autographs on her way in. The weirdest part though was that she looked extremely unfazed the entire time, as she can be seen in multiple photos smiling and looking like she's having an all-around great time. You know, even though she's currently facing serious federal charges, including conspiracy to commit mail fraud and honest services fraud.

May you have as much confidence as Lori Loughlin signing autographs before her court appearance pic.twitter.com/gcRJHAYppj

Again, this just feels strange, especially seeing as how Loughlin and her husband, Mossimo Giannulli, are arguably the couple at the center of the nationwide college admissions scandal. The two are accused of paying $500,000 in order to secure their two daughters spots at USC — an incident that's apparently cost Loughlin her spot on Netflix's Fuller House and her influencer daughter, Olivia Jade, several brand sponsorships.

Hm, maybe she knows something we don't? At this point, we really wouldn't count anything out.