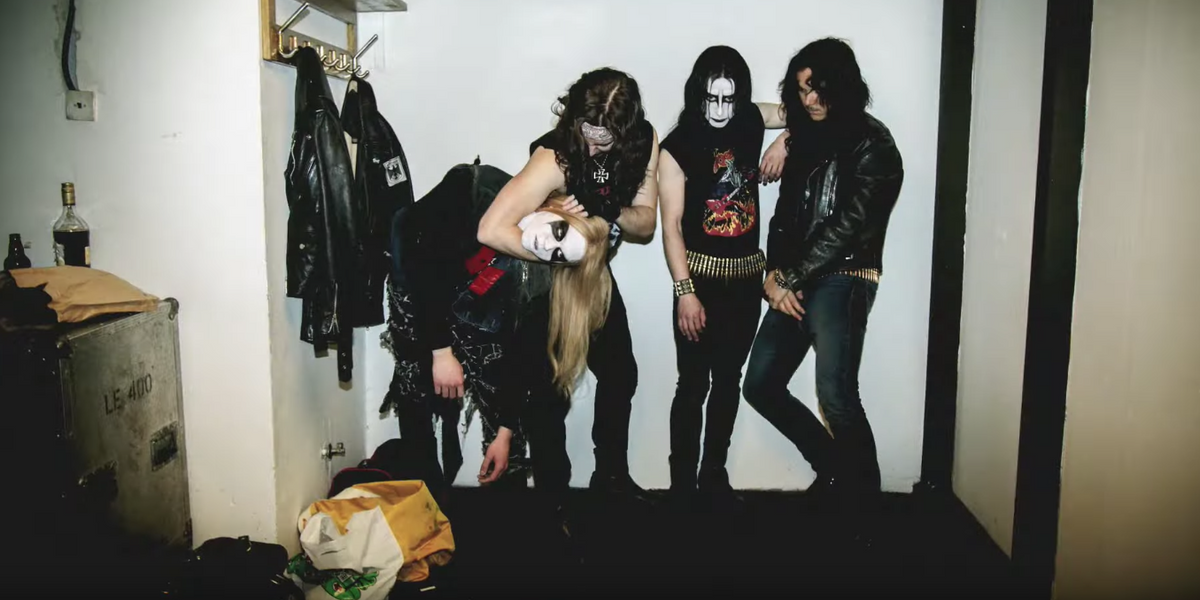 After being teased for years, black-metal drama/all-around horror show, Lords of Chaos is finally coming to theaters in February.

The Jonas Akerlund-directed feature film gets its first official trailer today. In it, we see stars Rory Culkin, Emory Cohen, Sky Ferreira, and Jack Kilmer wreaking havoc in a bleak-looking Norwegian town, that includes extreme violence and sex juxtaposed with shots of churches on fire, ominous birds, and various other cult-like imagery.

There is also some pretty epic facepaint. Because mayhem and death metal! Christians will probably shriek at how tampered in darksided stuff it all feels.

The film's premise is based on a book of the same name, and is also a true story (sheesh), chronicling the story of "a teenager's quest to launch Norwegian Black Metal in Oslo in the 1980s," and the gore and crime that ensues as a result. Sure, why not?