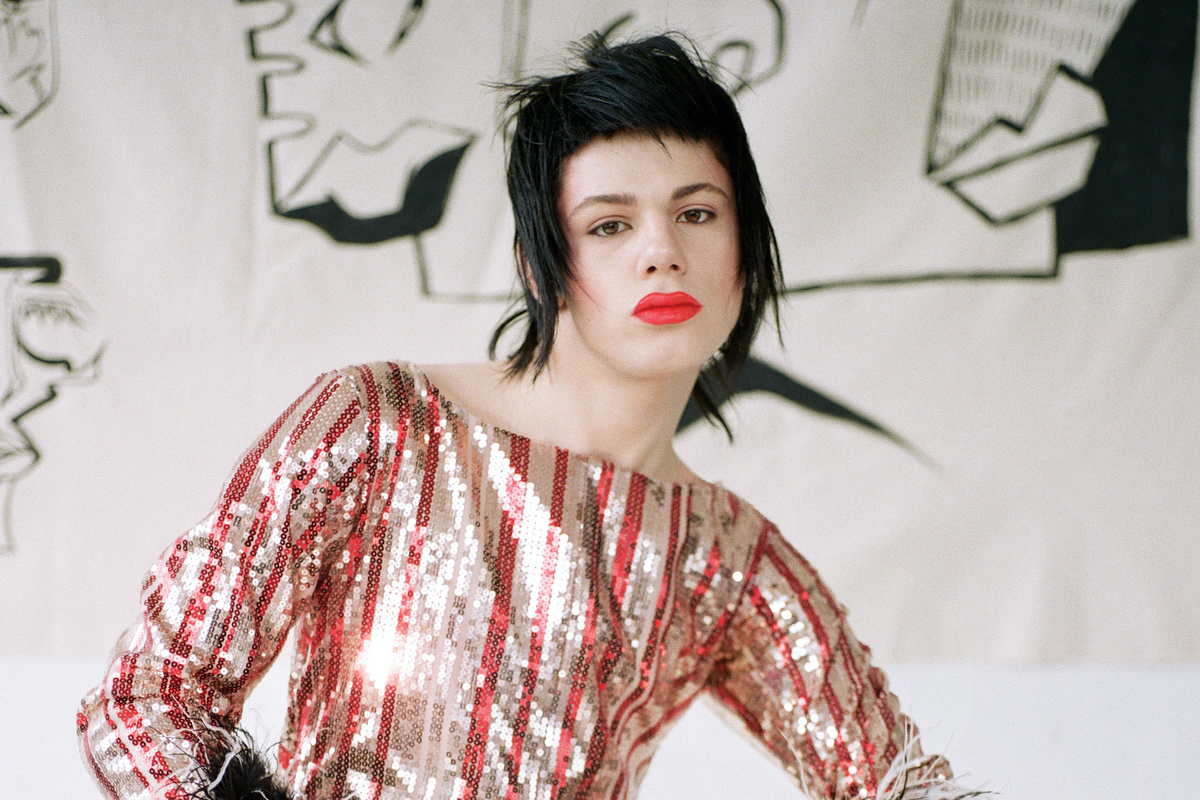 LORDELE's Debut Collection Is a Reverie of Sequins and Queer Power

Campbell says the line was "very influenced by former kids of the underground: Warhol's Factory, Studio 54, CBGB and the people who cultivated these eras." Nay adds that it is meant to "promote the idea that we are all still here with valid positions [and] ideas about the future," despite our tumultuous political climate. The designer says he hopes his work is uplifting and inclusive, saying, "If the only thing I do as an artist is help influence/educate and promote inclusivity to people who have felt ostracized from mainstream or even gay culture, that would be okay."

"Heartbreak and the Bowery" is a daydream of bright colors, feathers, and sequins. One look juxtaposes hip-hugging leopard print pants with yellow elbow-length gloves, while another pairs fingerless red leather gloves with a red and white corset that playfully reimagines Andy Warhol's iconic tomato soup cans.

The collection was photographed by James Emmerman, who describes his own work as blurring the line "between fine art and documentary photography." The images feature a red lipstick-clad Campbell posing in front of an abstract black-and-white painting of a face made by 19-year-old multidisciplinary artist Chella Man. The focus on documenting a myriad of authentic emotional states is clear in the photographs — the model's gaze conveys a wide range of emotions from disdain to vulnerability to pride.

"I was inspired by the modern mythological/superhero/comic book nature of Nay's work," Emmerman says of his images. "So much of the queer experience is about creating yourself, much like a superhero, and I see that reflected in his designs. But instead of going full superhero fantasy with the concept, I wanted the clothing to interact with touches of another mythology deeply routed in queer life. Greek mythology — Gods like Zeus, Achilles, Patroclus, Narcissus, and Tiresias — all represented a queer experience, although not defined as such by the era. Via ancient greek statuesque posing, elevated by the deconstructed pedestal adorned with flora designs, and Chella Man's abstract style of figure painting, I created a modern take on those queer ancient greek influences."

Check out James Emmerman's images of "Heartbreak and the Bowery" by LORDELE, below: