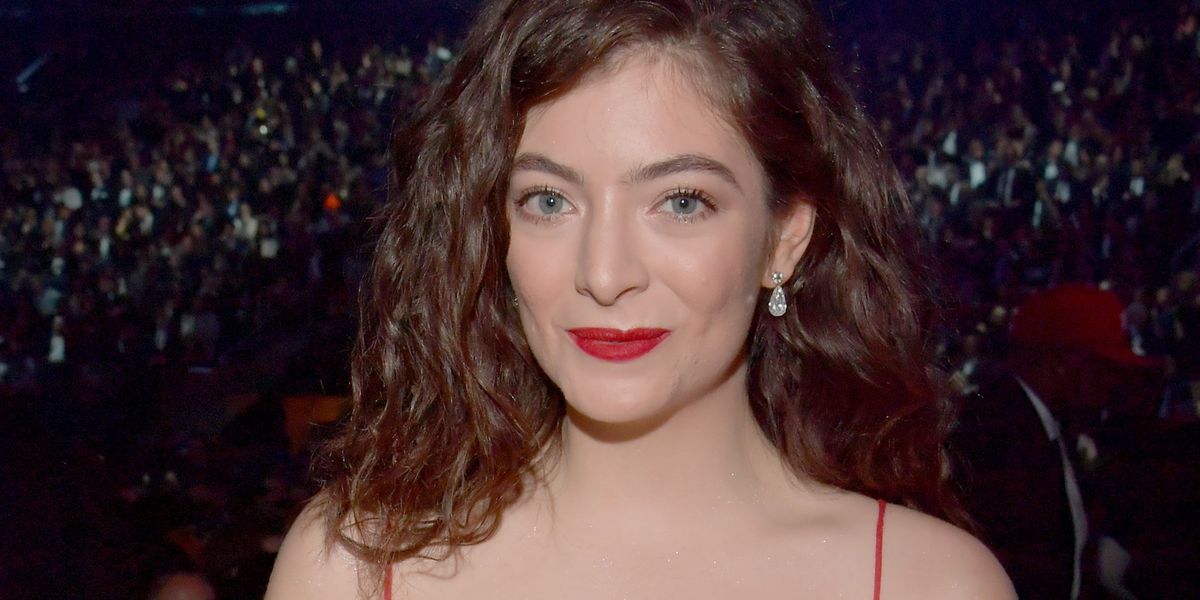 Much ado has been made, rightfully so, about the women who were shut out at the Grammys on Sunday. And definitely not for nothing..

In response, Lorde took out a full-page ad in yesterday's The New Zealand Herald, writing: "Last night, I saw a lot of crazy and wonderful things. I just wanted to say thank you, from the bottom of my heart for loving and embracing Melodrama the way you did. My nomination belongs to you. Thank you, also, for believing in female musicians. You set a beautiful precedent."

It is worth noting that above the letter are doodles including a crown above fellow nominee SZA, and a cute anecdote about meeting Stevie Nicks.

A lovely note by the hand of Lorde.

By now, we are all painfully familiar with the ill-advised "women need to step up" comments from Grammys President Neil Portnow — who has since apologized, insisting that those comments were taken out of context. *eyeroll*

Since that moment, female musicians including P!nk, Charli XCX and Halsey have spoken out in solidarity with their talented sister artists. Other male musicians, including past Grammy nominees Justin Vernon of Bon Iver and Fleet Foxes' Robin Pecknold have offered colorful rebuttals to this year's slights, too. (Most memorably, Pecknold referred to Bruno Mars as the "Toys R Us Gap Band.")

It goes without saying that this year's Grammys was a severely missed opportunity to support a year of landmark contributions from today's most powerful female voices. And yes, I mean beyond the awkward burden placed on Kesha to capture the entire #MeToo and #TimesUp movements in one performance.

Here's hoping that the Grammys and the music-industry powers-that-be do better to catch up to the unimpeachable truth that the future is in fact, female. And that while it is an honor to be nominated, it is more powerful for women to actually win.