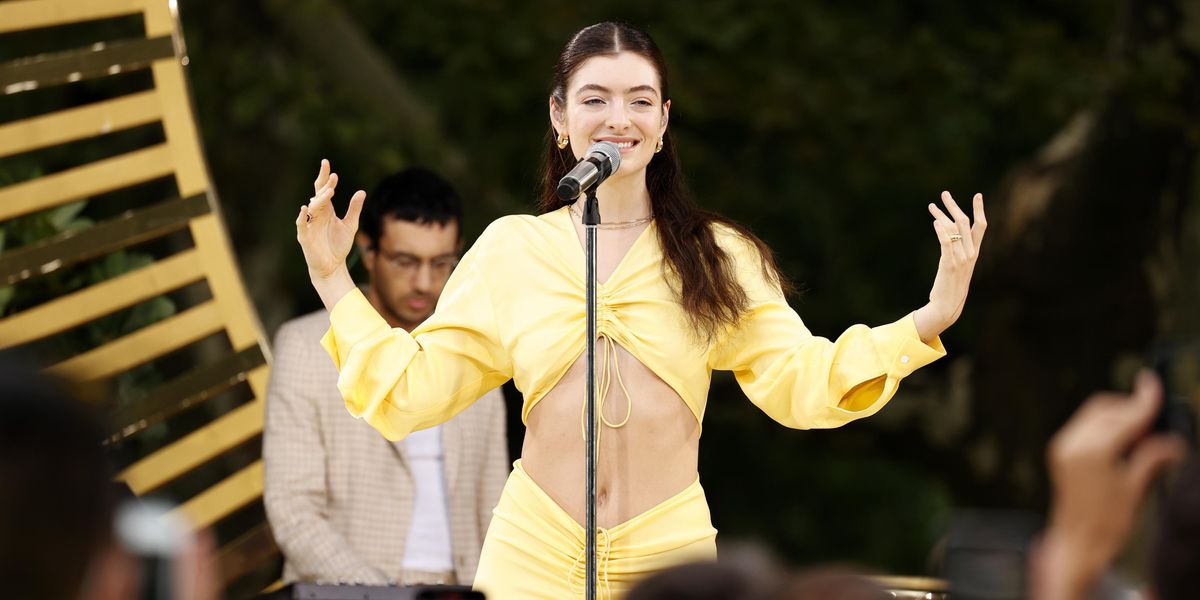 Lorde's earthy goddess Solar Power era is in full swing and she's taking her "Oceanic Feelings" to the woods with a cover of Britney Spears' 2007 hit "Break The Ice."

Related | Lorde Is 'Stoned at the Nail Salon'

Today, Lorde shared a new "borderline cottagecore" music video with Vogue where the artist mashes up an acoustic, stripped down version of Spears' pop tome and her own "Fallen Fruit." The singer's outfit seemingly winks at another iconic early aughts Spears moment — the "Oops! I Did It Again" full red jumpsuit.

In the video, directed by Alfred Marroquin who's also worked with Billie Eilish, Chloe x Halle, and J Balvin to name a few collaborators, Lorde embodies a free spirited feeling, swaying along to the lyrics underneath the trees — replete with dappling light peaking through.

Lorde's cover isn't the only new music she's blessing fans with these days. The singer recently released an EP with Māori Renditions, Te Ao Mārama, which consists of five new song recordings from tracks off her latest album sung in the indigenous language of New Zealand, Māori. The songs' lyrics were translated by Hana Mereraiha and also feature background vocals from Māori singers.

Lorde spoke about the project's release in a newsletter, saying:

"I'm not Māori, but all New Zealanders grow up with elements of this worldview. Te ao Māori and tikanga Māori are a big part of why people who aren't from here intuit our country to be kind of 'magical,' I think. I know I'm someone who represents New Zealand globally in a way, and in making an album about where I'm from, it was important to me to be able to say: this makes us who we are down here. It's also just a crazy beautiful language — I loved singing in it."

Lorde's Solar Power dropped last month, scaled-back and holistic as ever. You'll be able to catch her out in the world on tour for the album when it commences in February.