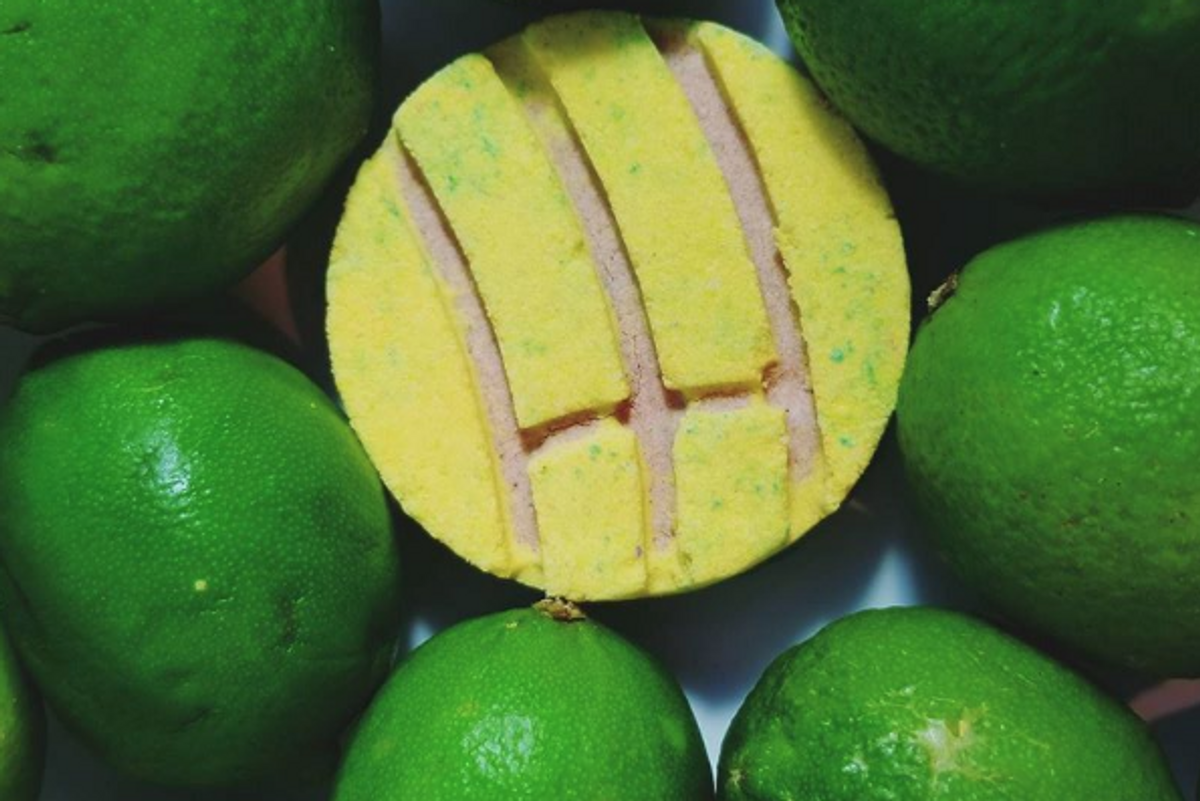 It's a great day for brujas: Loquita Bath and Body just relaunched its online shop. Made in California by Yamira Vanegas, the vegan and cruelty-free line is a favorite for Chicanx and Latinx folks — the bruja bath bomb, modeled after Sweethearts conversation hearts, especially. It's always in high demand, Vanegas says, and hard to keep in stock.

That bath bomb is newly available, and on Friday, she's unveiling additional snark-bearing hearts: Chingona, chismosa, mala hierba, mejor sola, me vale. For Spanish speakers, these are basically the bath bombs we didn't know we were missing.

"The whole brand started because I was looking for items for self-care and I wanted something that spoke to me, and I couldn't find anything like that," Vanegas says. "There was nothing that was Latino related at all. Maybe a few things here and there, but there was no brand that was specifically that and encompassing their whole brand."

And what better way to soothe than a soak that boosts your independence? Mejor sola is part of a longer idiom that translates roughly to "better alone than in bad company." After a breakup, hearing that is like a salve for the soul — and Loquita boosts its power with a corresponding bath bomb.

Promoting self-care is major part of the brand's mission. Vanegas notes it's not a novel concept; in Latinx culture, it's omnipresent.

"I feel like a lot of people don't realize that our grandmas and tias have been telling us about self-care. They say cuídate [take care]... Whether it's to put on a sweater or make sure you're eating — you know how your grandma's always like, have you eaten? Even if they don't realize it, they're telling you to practice self-care. That's what they're telling you," she says.

VapoRub, a mainstay cure-all in Latinx culture, is in the Loquita mix too, as a shower steamer. Sana Sana — culled from the traditional rhyme in Spanish to encourage healing — gets the steamer treatment, as well. Loquita's catalog hits pretty much every item in the bath-and-body spectrum: Hand scrubs (Manos Sucias) face masks, bath teas with herbs and leaves to complement the bruja bombs, whipped soaps (El Burrito Sabanero), mani bombs for nail health, face masks (Bate Bate Chocolate, named for a reggaeton song), loofah soaps (Estropajo, not your Abuelita's variety), and loads more.

Vanegas also incorporates a lot of '90s references; it's the decade during which she grew up. Now, with two kids of her own, she's witnessing the era's fun-loving timelessness firsthand. Loquita will feature more of that this year, she says. (We're hoping for a revival of the limited-edition Selena-inspired Bidi Bidi bath bomb and Como la Flor shower fluff, of course).

In everything Loquita creates, there's always a bit of wit, and a heaping helping of self-love.

"The name of the brand, Loquita, that's what my whole life has been from beginning to the point I'm at now. I've always been crazy, and to me, that's a reclaimed term," she says. My dad would tell me, Estás loca, estás loquita, what are you thinking?' But I own it, and I'm like telling the world, yeah, I am a loquita, but that's the best part about me, that I'm crazy enough to follow my dream."