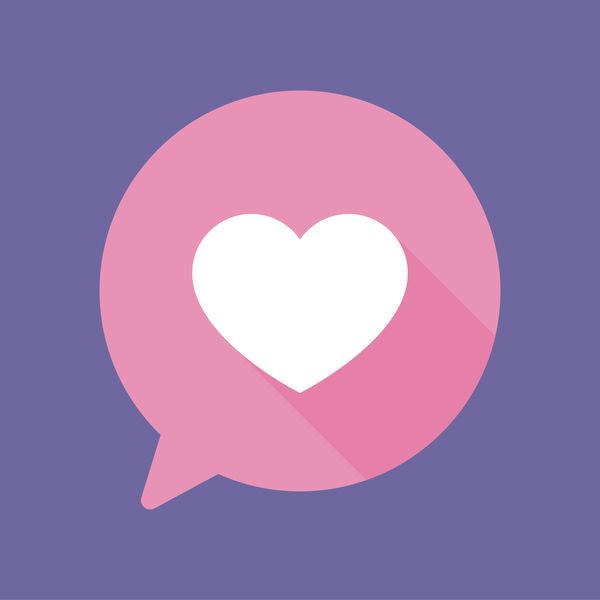 It's no secret that drinking is a big component of contemporary dating — after all, "drinks" tend to be the de-facto activity a Tinder date will propose for your first (nerve-wracking) meet-up. However, what happens when you're in recovery or sober for another reason? How do you date in a world where everyone seems to be drinking without feeling awkward or like you have to explain yourself (which you, obviously, don't)? Well, that's where a new app called Loosid comes in.

Since their re-launch less than a month ago, Loosid has already seen a huge surge in users thanks to a large push in new markets outside the NYC tri-state area, including Philadelphia, Baltimore, and the states of California, Texas, and Florida. Featuring a dating function, group forums, and an experiential component that shows you where sober-friendly events are happening, Loosid is the most comprehensive sober lifestyle app currently available for download. Even better? If you're searching for recovery help, there's also a three-pronged "recovery suite" — which includes functions such as a community check-in function, a hang-out beacon to facilitate meet-ups with other sober users, and a monitored hotline, where fellow people can help and encourage each other — available to help keep you on track.

But how exactly did Loosid come to be anyway? According to Loosid creator and CEO MJ Gottlieb, the idea came from his own personal experience in the dating sphere as a sober person.

Gottlieb, who says he's been on-and-off sober since the '90s, has been trying to make a sober community space a reality for the past 15 years — mostly since he himself has experience with how difficult it can be to connect to others who don't understand the struggles of dating sober, especially within a dating culture that loves to go "grab a drink" on the first date.

"I had a urban, contemporary hip-hop brand and used to go into clubs and parties, and all that stuff, but suddenly I found myself in coffee shops and diners," Gottlieb says. "I was like, 'Wow, if there's nothing else happening outside of this for sober people to connect, then I'm going to continue to use."

That said, while he feels like he's in a spot where he isn't triggered by someone else drinking across the table from him, he did notice a challenge that remained was that, "Nine times out of ten, the woman would say, 'How are we going to have fun if you don't drink?'"

He explains, "[Some of them would say] it would be uncomfortable. Like, 'I'd feel so uncomfortable if you weren't drinking." Not only that, but Gottlieb also points out that for many people who are new to sobriety or aren't as stable in terms of their relationship to alcohol, seeing a date "slinging drinks" across the table can be "triggering" and result in the person using.

"I see that happen so much," he says. "'The person was drinking, I just felt so uncomfortable, so I relapsed.'"

In addition to the 80 million who choose to be sober for wellness, spiritual, or religious reasons, Gottlieb says there are also over 40 million people in recovery. However, as opposed to "knocking on those 120 million doors, we want to bring those 120 million people to one platform where they can all connect and share one common bond." And though Loosid is home to hundreds of thousands of members — some of whom opt to not take advantage of the dating function — almost 32,000 users have already opted to participate in their dating function — leading to 3,500 matches in just the last 3 ½ weeks since the app relaunched.

That said, Gottlieb wants to make it clear that while Loosid has been primarily billed as a dating app, it's more of a comprehensive connector for everyone in the sober community — including those in existing partnerships or users who simply want to be single. Simply toggle off the dating function and you too can enjoy the recovery suite and all the curated events, even after you meet your match.

"The typical person, when they make a match on a dating site... they'll deactivate their account," Gottlieb explains. "But with the sober community, it's important to be like, 'Okay, you found your match, but you're still living sober'" — hence the rationale behind continuing to display all the amazing, sober activities they can participate in.

Just take the story of one anonymous Loosid user, who told PAPER that she had to stop drinking due to the fact that alcohol made her feel unwell. According to her, it was "really challenging" and she "felt a little lost in the sense of a social life," as going out in NYC tends to be extremely alcohol-centric — and dating was even worse, given that many dates revolve around drinks. The result? She couldn't plan a date if she had anything going on the next day, so she'd end up opting out of dating — especially given the fact that "when you're doing it for health or lifestyle reasons, people are like, 'Oh just have one.'"

However, after she and her one other sober friend found out about Loosid from another social media platform, it was a welcome relief, as she "didn't have to explain why I didn't want to drink."

"The app is great and I've been to a few events, and they're really fun. It's really refreshing to find things like this," she says, before adding that she's also enjoyed the positivity that Loosid breeds. After all, in a world where more mainstream networking sites like Twitter and Instagram struggle with cyberbullying and trolling, it's been refreshing for her to retreat to a platform that's main focus is moving forward and helping others seeking to better themselves.

"We're doing something that [involves a really] life-or-death situation for those people in recovery."

"People are really using this for such good and really reaching out to each other," she says. "This community is so positive and so uplifting. Sometimes, I'll just read people's hotlines and be like, 'Wow, this is so amazing.'"

As for what the platform plans to do in the future, according to Gottlieb, it's mostly about expanding into other territories like Chicago and Atlanta, as well as partnering with large, global companies in line with their own ethos. And while new functionalities and features are also apparently on the way, Gottlieb is also excited to get more millennials on-board with Loosid's message — especially as statistics related to the drug overdose crisis continue to rise.

"We're doing something that [involves a really] life-or-death situation for those people in recovery, like they know to pick up a drink is beyond serious," Gottlieb concludes. "Like, there's a whole fun aspect and there's the, 'Let's have a conversation about the opioid crisis and let's push the conversation to help people.' We try to cover both."