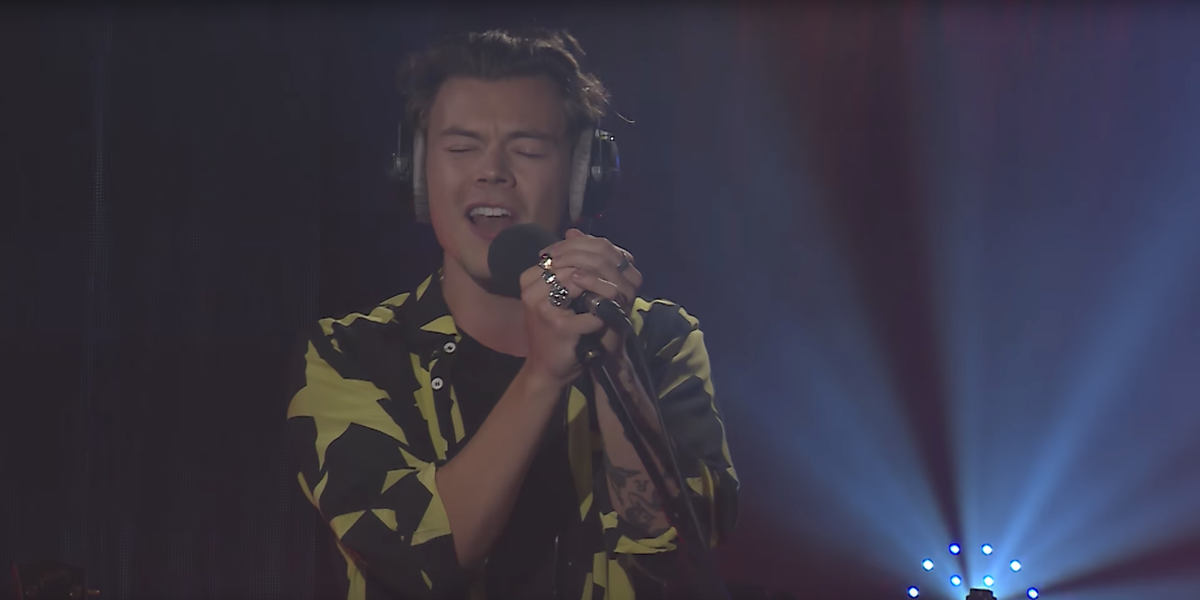 Harry Styles' race against his former One Direction bandmates to be the Justin Timberlake of the group continues apace, as he prepares to take the material from his eponymous solo album on tour for the first time. He's already got a major acting appearance under his belt with Dunkirk, so the next logical step in his genesis from boyband heartthrob to serious RnB big boy is to show off his maturity with material from the queen of adult emotions: Stevie Nicks. Yes, Harry Styles has officially entered the "Landslide" cover phase of his career, people! He covered the track earlier this year with none other than the Gold Dust Woman herself at an intimate concert in LA, and with his first appearance as a solo act on BBC Radio1's Live Lounge he decided to try his hand at Rumors classic, "The Chain." He introduced his cover of the song about the unbreakable bond that keeps couples (and bands) together, saying "I think it's such an iconic song." He continued, "I'm a massive fan of them as a band and the music. We tried it and we really loved it." Eh, "Oh Daddy" would have been ballsier but we'll take it.

His tour will begin on September 19th in San Francisco. See how young Styles fared with inevitable tour encore track "The Chain," as well as a performance of his own track "Two Ghosts" below.