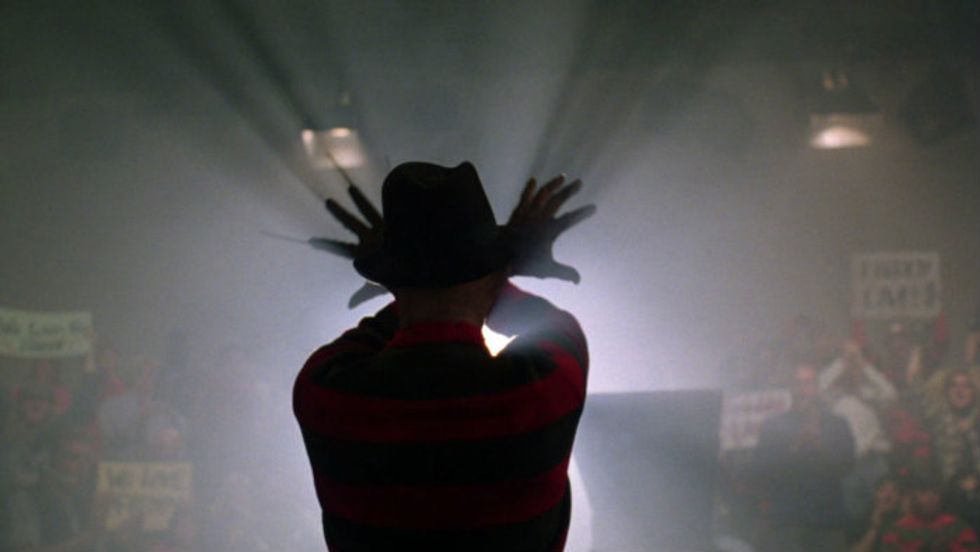 Looking Inside the Genre-Bending, Feminist Horror of the Late Wes Craven

by Claire Lobenfeld
PAPERMAG
For four decades, acclaimed horror director Wes Craven always managed to force us to confront something inside of ourselves. Whether it was the way we let our unconscious dictate our waking life with his Nightmare on Elm Street series or pop culture's infiltration of reality with each Scream entry, Craven, who passed away last night at age 76, wanted more than to scare us with gore and suspense; he sought self-reflection, even in slasher flicks.

Consider Craven's directorial debut, The Last House on the Left. A trailblazing installment in the the rape revenge genre, the movie toyed with the idea of the peace-loving '70s and lambasted the privilege of dedicated hippie-dom. But Craven wasn't just shining a light on how we are still prone to abject horrors despite a commitment to kumbaya-ing through life (Left deals with abduction, group sodomy and preying on the naÃ¯ve). He was also exploring the idea that the will to vengeance exists in all of us, and that we're not tethered to the identities we try to inhabit. In the face of barbarity, even the most granola people will avenge their daughter's rape, torture and murder in the most gruesome way possible.

Craven also asked us to look directly inside the machine of movie-making. In 1994's New Nightmare, he reunited his Elm Street stars to play themselves looking back on the film series they carried together -- only to discover that dream-dwelling monster Freddy Krueger existed off the silver screen. Having Krueger emerge from the nightmare landscape directly addressed the effects of sexual assault and unbelievable strength it takes to overcome and survive. The 2010 remake blatantly underlines that Kreuger was a pedophile in the way so many retelling of classic horror films bolster the source material's subtle motive narratives. But simply having Freddy only come for you in your dreams, still marred by his attack when you awake, is already powerfully symbolic of both the societal denial of sexual abuse and the way wounds are still present, even when the trauma seems impossible to see or comprehend -- an idea that was only further explored when Craven invited Freddy into the real world.

But this kind of exploration was what was important to Craven's greatest hits. Scream's Sidney Prescott was the ideal horror Final Girl, pure and ready to defend against the forces of evil, until she acquiesced to losing her virginity -- right as the film's villain, Ghostface, really ramped up his victim count. Underage drinking and premarital sex has always been slasher-bait, but by allowing Sidney to shirk the commandments of the chaste Final Girl, he gave a necessary agency to a character who, under the old narrative logic, should have been doomed the second she broke the rules. And that's why Craven was so important. He wanted to us to see structures as flimsy, and better when they are dismantled.

That's why Scream and all its sequels spend so much satirizing the genre. Craven wanted us to look away from everything we have been told we're supposed to think, both in how stories are told and how we follow our own belief systems. His work dares us to question our understanding of reality, and it will continue to make us do as long as horror continues to thrive.
You May Also Like
Care