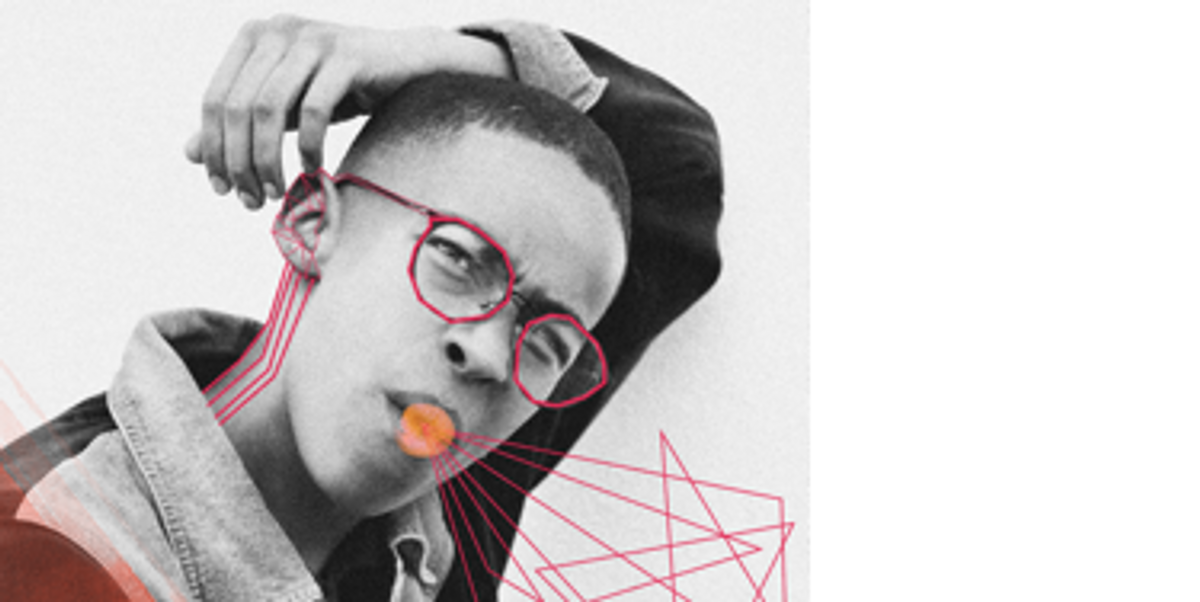 5 Designers to Watch at the London Queer Fashion Show

During this year's London Fashion Week, we've been treated to spring standouts, ranging from Burberry (whose artistic director Christopher Bailey was featured in our Beautiful People issue) to Debbie Harry's turn on the catwalk to Donatella Versace's announcement at her cowgirl-themed Versus show of a new Central St. Martins scholarship in honor of her late brother Gianni. Eight queer fashion designers are also setting themselves apart by closing #LFW on Wednesday with a showcase heralding the city's most diverse talent.

As fashion struggles with ideas of true inclusivity, from the unfortunate firing of trans model Munroe Bergdorf to the tone-deaf Vogue cover story about Gigi Hadid and Zayn's gender fluidity, the London Queer Fashion Show aims to challenge and shatter fashion's rigid (but evolving) gender norms and identity politics.

A press release for the event calls it a "catwalk and emporium," featuring eight participating brands selected from a vast talent pool. Together, the designers will celebrate nonconformity and identity over boilerplate gender stereotypes. Gender-fluid model Rain Dove and transgender activist Sam Moir Smith are walking in the show. And Robyn Exton, CEO of LQFS, says: "The London Queer Fashion Show is about creating a space for brands that are challenging and expressing how young and queer audiences are already seeing their identity. We're tired of dealing with the restricting gender norms the fashion industry has been defined by for decades. Our designers are asking the right, provocative questions; we're really proud to work with them on creating this event and show London how diverse fashion can truly be."

Here's more about a few of the designers participating, and what to expect from each of these trailblazers on the rise:

The look: "The latest collection conceptualizes and explores the complicated relations that the British Royal family has with national LGBT+ history and gendered dress."

The feel: "I have a fascination with modern history and the unexpected relationship between Princess Diana and gay icons of the time. Specifically the 1988 event in which the Princess of Wales was dressed as a drag king by friends George Michael and Freddy Mercury to allow her to party undetected at the Vauxhall Tavern. For the show, I have pieces imagining Lady Di as a drag king propping up the bar with a faux mustache and one of her suits."

The message: "I recently completed my BA dissertation, and it is called 'Politics of the Pink Pound: Liberation or Commodification? Who Really Benefits From the Commercial Interest in Homosexuality?'. Part of this study investigated the devastating effect of the closure of LGBT+ safe spaces in and around the capital. Thus, for me as a lesbian woman it is imperative that events like the LQFS continue to thrive to reinstate that supportive community that we are unfortunately at risk of losing."


The look: "I've been exploring post-punk and new-wave subcultures featuring aggressive minimalism, unisex, gender neutral, and garage aesthetics in my work. My new collection 'Smooth Confess' is creating a wardrobe for women with unisex styles."

The feel: "'90s nonchalance -- also, the wardrobe of Smooth Confess includes common and identical style for him and her. I'm playing on the myths of androgyny and the idea of the twin flame."

The message: "For me, queer fashion is an intrinsic part of our culture and identities and I believe that it deserves on-going space at the fashion table. I see it as fashionable form of resistance and is a powerful tool in our fight for liberation. I want to show that I support the mainstream industry advancing equality in fashion."

The look: menswear for women

The message: "I see the fashion industry as binary, where menswear and womenswear are completely separate entities, and the fashion offering on the high street especially still delivers on very traditional ideas of gender. So if you a woman who likes menswear there is nothing that fits. That's where I come in."

The feel: "I wanted to create something with camp value and sex appeal in equal measure."

The message: "Tailoring is often thought of as conservative and boring, and I wanted my collection to demonstrate how tailoring can be daring and subversive. There is a traditional demographic who will hate what I'm doing, which I really like, provoking a response is never a bad thing and I think the tailoring world needs to be shaken up a bit."

The look: "I've always been inspired by iconic British symbols and people, from Kate Bush, Princess Diana, to the Big Ben clock in London, This collections shows lots of my signature of missiles, pigs, and hearts. I'm using more gold and silver, and less neon this collection, with darker patterned grounds."

The feel: "A darker, more bohemian edge, without losing my punk sensibility. I'm excited about this new collection it feels very autumnal, there are some great pieces for the summer also."

The message: "This will be my first show in London since I moved to New York in 2003 so I feel this is a bit of a homecoming and an opportunity to build crates of bridges between New York and London for my work. I also like that it is a queer focused show, raising awareness and visibility for queer folk."

Additionally, before and after the show, attendees can enjoy enjoy The Emporium, which is a series of interactive stands to experience and experiment with different looks, from hair styling and body art to dress tutorials and makeup demos. Such interactive immersive fashion experiences help paint a clearer picture to the fashion world about why more queer visibility — on and off the runway — is clearly so needed. Well done, LQFS. Here's to an ever-more-inclusive fashion future.