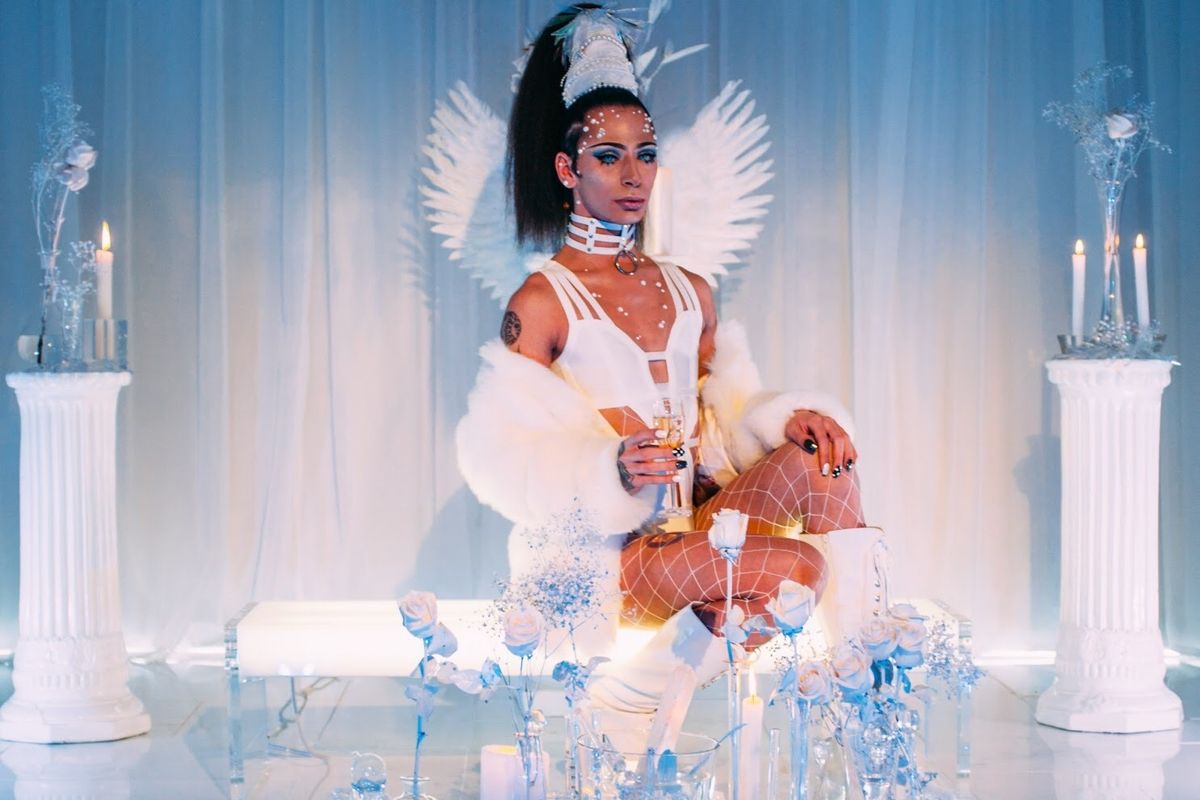 London Jade is Heaven and Hell in New 'Transcendent' Video

London Jade is "shitting all on your fetish." The rapper, who's trans and a star of the underground queer community, proudly declares her identity in in the title track off her sophomore EP, Transcendent. "I'm transcendent, I really meant it," she says above slick production by Chicago-based Jeremiah Meece. The venomous bite Jade gives every bit of the word — "tran-scen-dent" — is a testament to her self-realization, after breaking free from a toxic boyfriend.

"I wrote the track 'Transcendent' when I first to Miami, and was in a relationship with someone who I had a very intense spiritual connection with," Jade says. "Being with him triggered a lot of feelings that I've felt throughout my transition: beauty, grace, love, heartbreak, anger, abuse, confusion, insecurity. But [he's] also inspired my art. My transition has felt as if I've traveled through these realms, and every time I've passed through them have learned something."

The "Transcendent" music video, out today, reflects Jade's tumultuous experiences with her Miami lover, depicting the rapper in dramatic juxtaposing environments. The first, heaven, sees Jade in a softly blue-lit white room with angel wings, and the second, hell, sees her surrounded by blood red and wearing the same look — but in all black. "It felt like heaven, hell and the weird space between," Jade says of her ex. "And that is exactly what the visuals for this track represent."

"Transcendent" appears alongside three other ravenous tracks off Jade's 2017 Transcendent EP: "The Beast," "Hymn," and "Cup." Before that, the rising artist made her official debut with Witch Hoe, featuring six experimental DIY songs. As she navigates a violently transphobic hip-hop industry, where leading emcee Offset casually admits "I cannot vibe with queers," Jade embodies the current wave of rappers — or the next, depending on how slow you are to wake. tf. up.