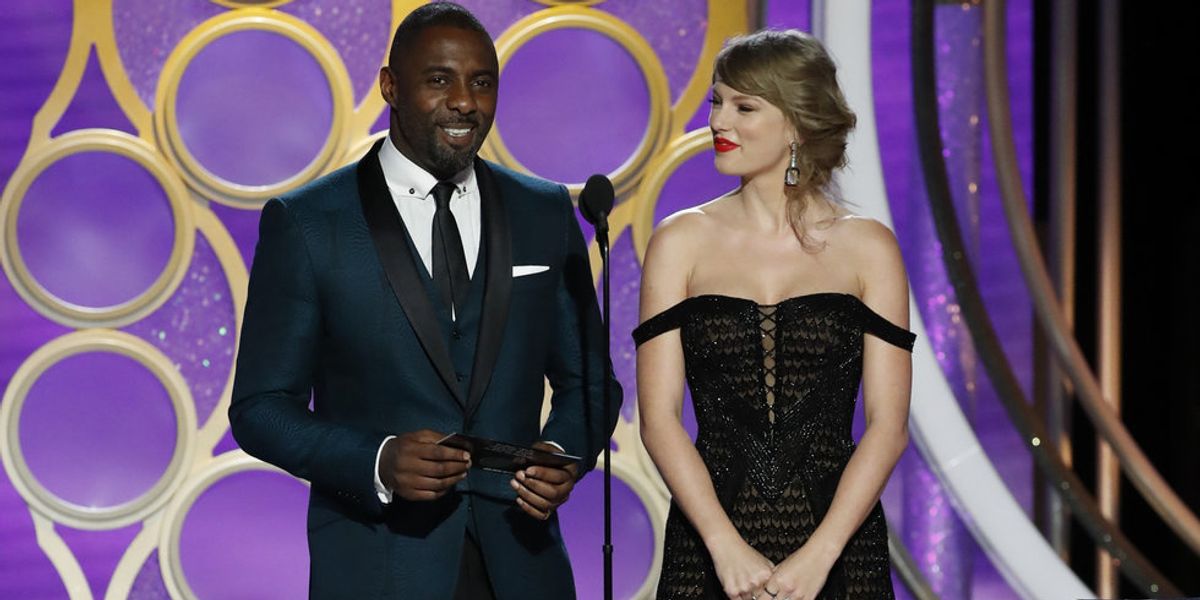 Lover is out, flee to your local streaming platform! However, as you figure out your answer to your friend's text ("So Lover... thoughts?"), it's important that you're armed with this information: the voice on Swift's ode to her boyfriend Joe "London Boy" Alwyn is not Alwyn himself, but rather, renowned DJ-actor Idris Elba, as well late night host James Corden, reports CNN.

The two "London boys" kick off Taylor Swift's "London kids Will Get This" listicle, which takes us through gray sky cab rides, high tea, uni, Camden Market, West End and rugby at the pub with school friends.

"We can go drivin' in, on my scoot-ah" Elba says, cheerfully, "You know, just ridin' in London." After that Corden can be heard saying "Alright yeah" and chuckling.

The audio seems to be lifted from Elba's recent interview on The Late Late Show With James Corden. Though that still... doesn't explain what it's doing on a Taylor Swift album.

Oh! I mean... Elba was the hottest act at Coachella 2019, and both he and Corden are Swift's co-stars in crime for the upcoming abomination that is the live action Cats film. So it vaguely makes sense that Taylor would throw a cute clip of her some of her British friends talking on the track? Still... we'd love to hear the story behind this one.