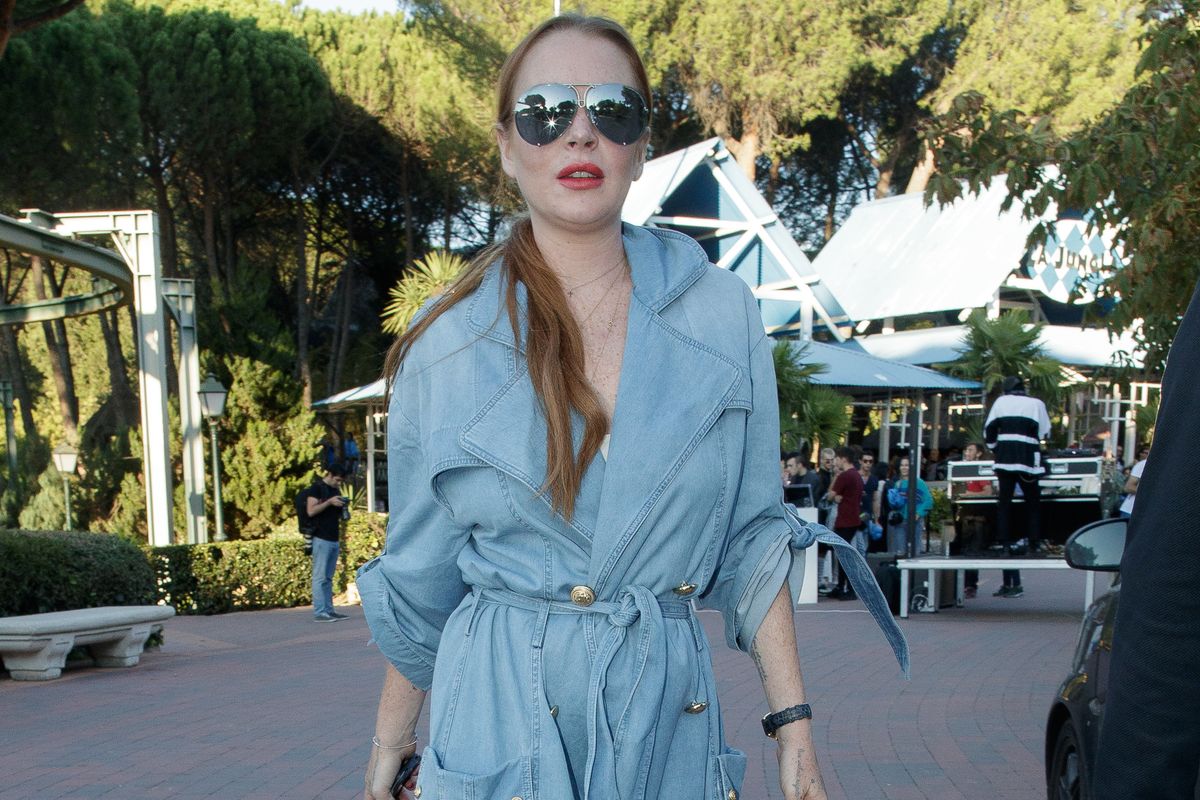 What we didn't know before is who would distribute and produce the new series (my money was on Bravo), until now: MTV has announced that the working title of the show is Lohan Beach Club, which has been thus far described as "Vanderpump Rules in the Mediterranean," will premiere in 2019. The series will apparently be a documentary-style affair executive produced by Lohan. Shooting begins this week on-location in Mykonos, Greece.

According to a press statement outlining the series, Lohan will "lead a team of handpicked brand ambassadors to make her mark on the vacation capital of the world," who are also aiming to prove "their expertise, ambition, and charm" while helping Lohan realize her vision. Sounds interesting, but who is ready to see Lohan as a tyrannical but charming boss who yells at her seaside employees over their footwear choices backed by an aggressively dramatic soundtrack, among other heightened reality-show sturm und drang? All of you should be raising your hands.

Related | By God's Grace, Lindsay Lohan Will Be a Reality Star Once Again

"Lohan Beach Club offers viewers VIP access to one of the most exclusive destinations in the world, and a behind the scenes look at how a young, successful entrepreneur runs her empire," says Nina L. Diaz, MTV's president of programming and development. "We are thrilled to have such a passionate and creative partner in Lindsay to help explore this intriguing culture, all through the eyes of her brand."

The stakes are high, but we can only assume Lohan and her cohort will more than rise to the occasion. I guess now's as good a time as any to break a plate — not one from her luxe resort, of course — but one our measly own, and say "Opa!"