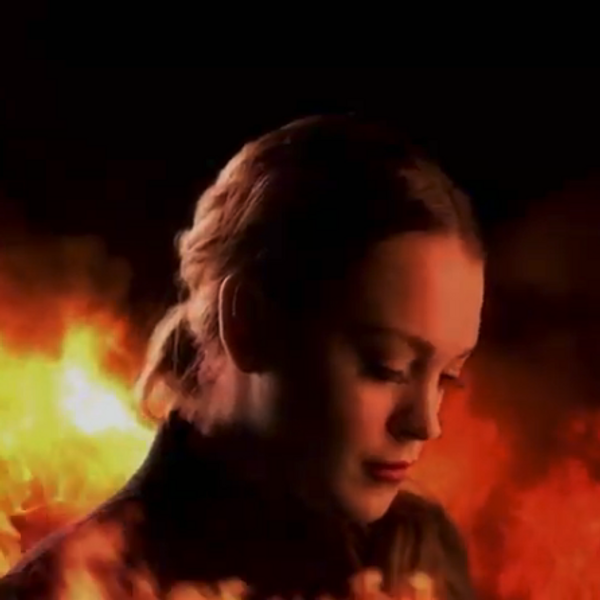 If every Tuesday in Mykonos wasn't enough Lindsay Lohan for you, you're in luck. The 32-year-old apparently took a long enough break from being "bossy" to her employees at the Lohan Beach Club this summer to act in her first full-length feature film since 2013.

Lohan will star in Among The Shadows, a werewolf-political thriller directed by Tiago Mesquita, as the doting fur-coated wife of The President of... something. Lindsay is concerned that her bigwig hubby is in danger after his campaign manager is murdered, so she hires a detective, played by Charlotte Beckett. Twist: the detective a werewolf. Second twist: on top of the political conspiracy to kill Lindsay's husband, there's a multi-century war raging between humans and werewolves. Is Lindsay's detective a good wolf or a bad wolf? We don't know!

Bloody Disgusting fills in the summary:

"Kristy Wolfe (Beckett) is a Brussels private eye descended from werewolves who must go to work when her uncle Harry Goldtsone is murdered in a politically-motivated attack. Patricia Sherman (Lohan), the wife of European Federation President Richard Sherman, hires Wolfe to investigate Goldstone's killing, as he was her husband's campaign manager. Wolfe finds bodies falling all over city and must use her innate instincts to unravel the case and stay alive long enough unmask the conspiracy."

Lindsay's character seems extremely stressed out by the whole situation, so it's not clear if well get to see some of the signature deadpan humor that was her calling card in the era of Mean Girls. Her lines so far include these zingers:

"I want to hire you, someone wants to kill my husband."

"The stakes are a lot higher now"

The trailer is full of assassins with Russian accents, a pack of leather-jacketed wolf-men chowing down, secret security posses storming around, random explosions and bad CGI laser-beam eyes. But you know we'll be there when it hits theaters on March 5.