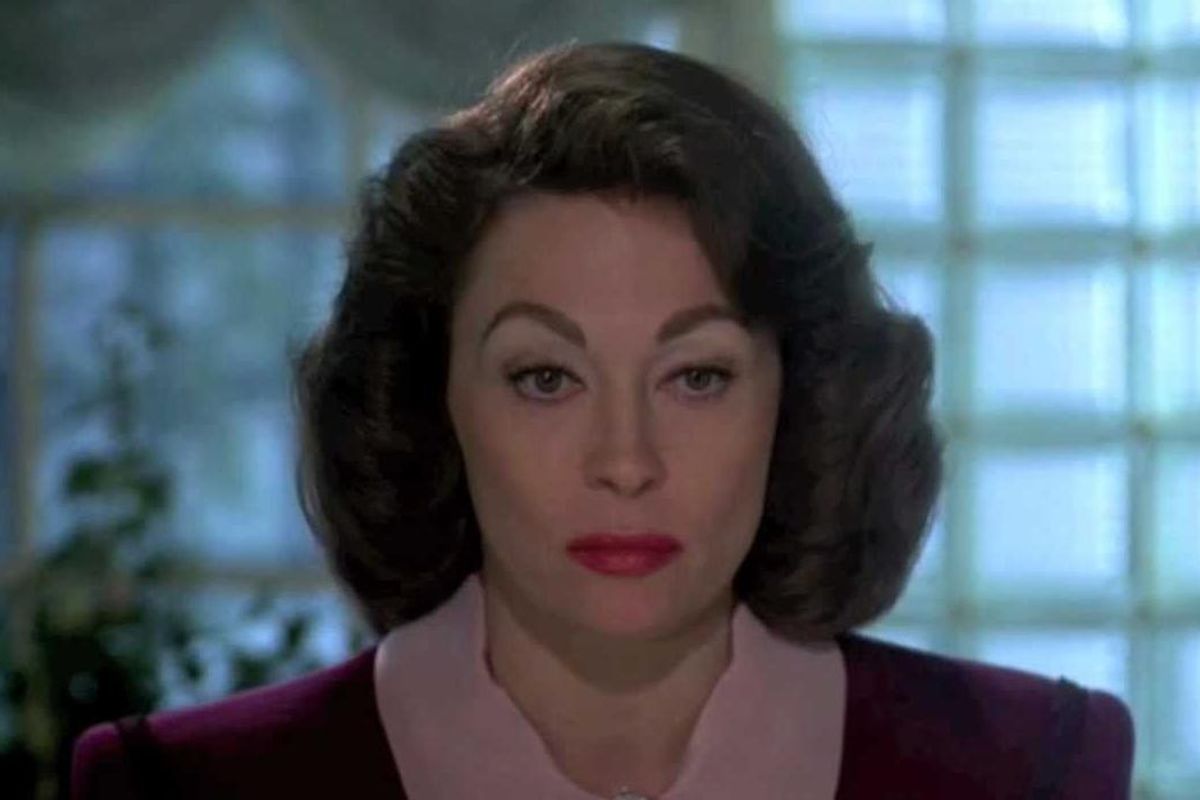 Donning wire hanger necklaces, black satin robes, cold cream masks and white headbands were only a few ways that Michael Musto and friends paid homage to Faye Dunaway's dramatically over the top depiction of Joan Crawford in the cult classic Mommie Dearest. The live screening of the film at Midtown's Eventi Hotel gave the small audience a live taste of what Logo's show "Cocktails and Classics" has in store for its second season.

"We really try to engage the spirit of what it might be like for you at home if you had a bunch of friends over," explained the show's host Michael Urie. "We show movies that appeal to the Logo sensibility, movies with a strong female character, campy movies, movies that if you haven't seen you should see, and if you have seen you would enjoy watching with us."

It is somewhat similar to Bravo's The People's Couch but instead Cocktails and Classics encourages viewers to have a party while watching the hosts and industry special guests have a party on television. Musto describes it as a "big meta party!" complete with juicy behind the scenes details, quizzes, games and scene reenactments. Urie practically begged Logo to obtain the rights to the original The Poseidon Adventure, which he grew up obsessed with as a child.

"We reenacted the scene where the ship flips over. We had a lot of fun and were just really silly with it," Urie said.

Other films the show lovingly jabs include All About Eve, Little Shop of Horrors, and The Witches of Eastwick. Steel Magnolias screenwriter Robert Harling and Academy Award winner Joel Grey from "Cabaret" are some of the industry insiders dishing on all of the production secrets every film enthusiast is dying to know.

Right after cocktail hour, Musto and Urie were joined by D.J. Pierce aka Shangela Laquifa Wadley -- who is also a film party attendee on the show -- and Rutanya Alda, who played Carol Ann, for a quick chat about the film, explaining why it is a must see in the gay community.

"The fashion, the lines, the acting, it's kabuki, it's camp and yet it makes you feel something. How could you not feel something for Christina?" explained Musto. "Faye Dunaway is brilliant, she was over the top. Newsflash! Joan Crawford was over the top."
"You create a connection, too," Pierce added. "Like people who may not have seen the movie before or the younger generation of gays connect with people who have seen the movie and know so much about it and means so much to them, it's like 'Oh I've seen Mommie Dearest! You've seen Mommie Dearest! We're cool."


The light-hearted banter, similar to what audiences are sure to witness on the show, quickly turned into the ultimate tea spilling session when Musto and Rutanya dished on their theories and insight on the controversial mixed reviews on Dunaway's portrayal of Crawford and if it contributed to the stalling of her career. Rutanya alda addresses this topic in her Carol Ann tell all The Mommie Deareat Diaries a secret she has kept for 30 years without a thought that maybe this was something people were interested in.

"I had no idea people wanted to know about what happened, and I never intended to publish a book. I wrote these journals while filming and during a hard time in my life, and the only thing that helped me feel better was writing."

The episode of "Cocktails and Classics" viewing Mommie Dearest will air this Sunday.