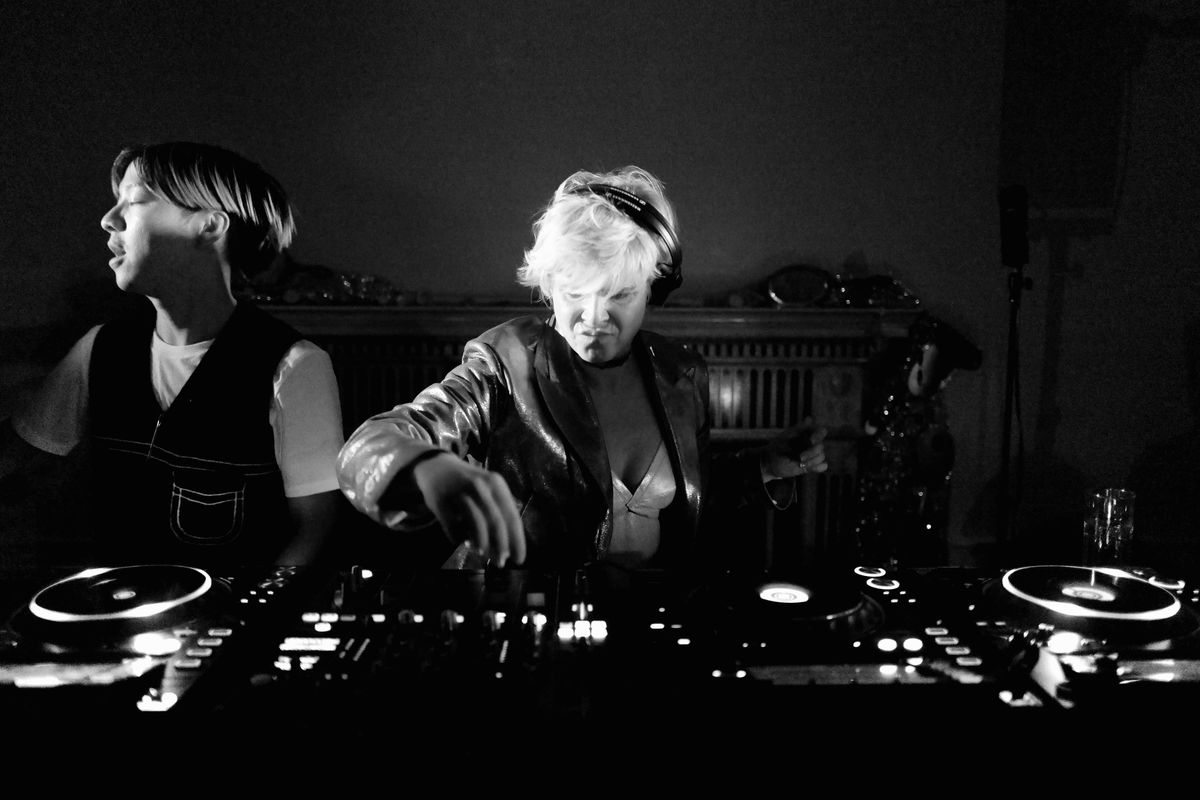 Robyn Brought the House Down at Loewe's Epic Holiday Party

The quiet, refined streets of New York's Upper East Side neighborhood are not the typical spot for a mega blowout, but that's where seemingly every partygoer trekked to on Tuesday night.

Loewe, the Spanish luxury and leather goods house, invited a slew of famous faces to a holiday party at the city's Sinclair-Fletcher Mansion, which was decorated with wintery touches and festive gear. The brand was celebrating its first store in New York, where guests had gathered earlier in the evening to toast the new opening in SoHo.

The venue consisted over three levels with multiple rooms and DJ stations. The crowd was particularly hyped to see Robyn take over a set, where celebrities like Kacey Musgraves, Frank Ocean, and Jennifer Coolidge were all spotted in action. Loewe's creative director, Jonathan Anderson, was also present as he and everyone else danced well into the night.

See, below, for more photos from the festivities.