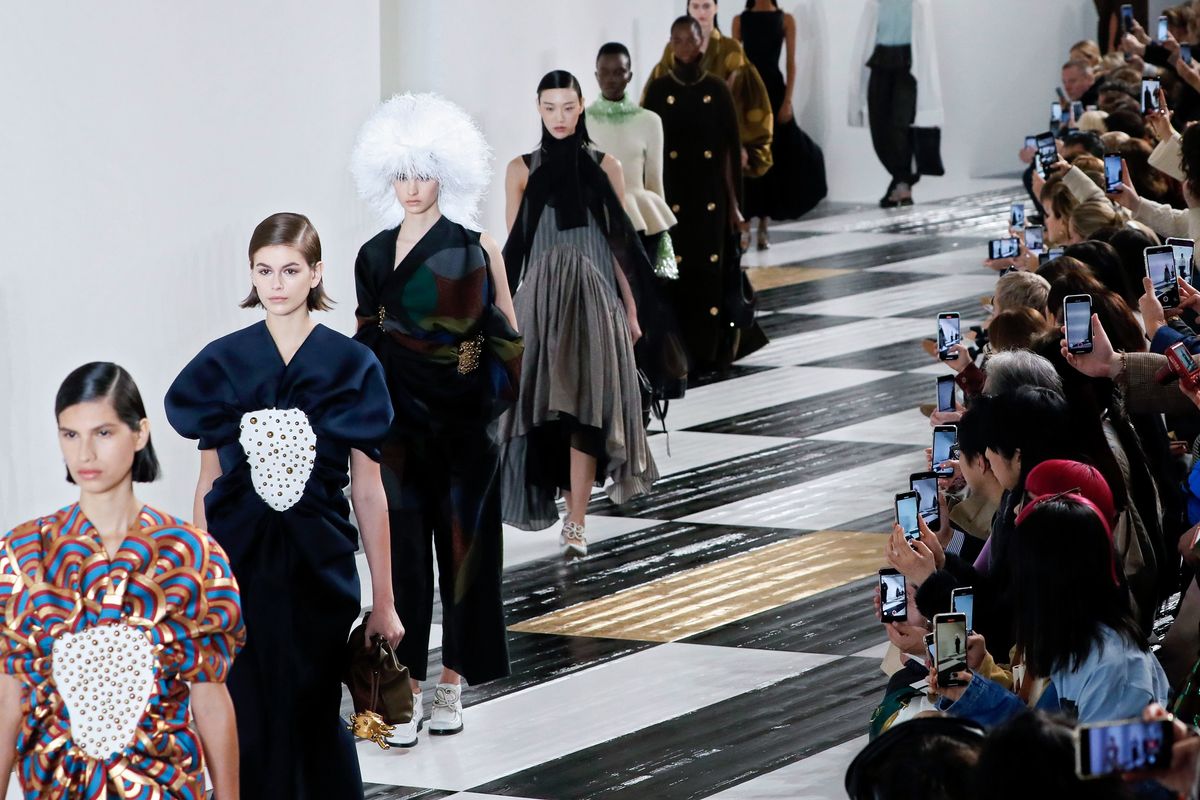 Loewe Is on a Roll

Jonathan Anderson really had his work cut out for him this season. Between showing in London for his eponymous label, jetting to Milan for his debut Moncler collab and presenting in Paris for Loewe — all in less than a month — the designer barely had any time to catch a breather.

But despite the heavier-than-usual workload, Anderson continues to brim with new ideas. And if his Loewe show is any indication, his creative prowess appears to be growing even stronger. After multiple seasons of collections with rave reviews, Fall 2020 managed to push it even further. He told Vogue that he was "looking at building new types of silhouettes that can work in an abstract way."

The peculiar fabric placements, inserts and off-kilter draping were rather unusual yet utterly fresh. While other collections this week were filled with obvious references (whether to other designers' work or cliche decade tropes), Anderson continued his streak of offering clothes that you've never seen before yet still lust for.

Related | Fit These JW Anderson Coats Inside Your Apartment Challenge

Thanks to feminine details like the tiered flute sleeves and romantic brocades, the unique quirks that make Loewe what it is are given an elevated, desirable edge that take it from kitschy to sophisticated. If JW Anderson is for the cool kids with an experimental approach, Loewe is for those who want to be basked in pure unabashed luxury.

See below for more photos from Loewe Fall 2020.