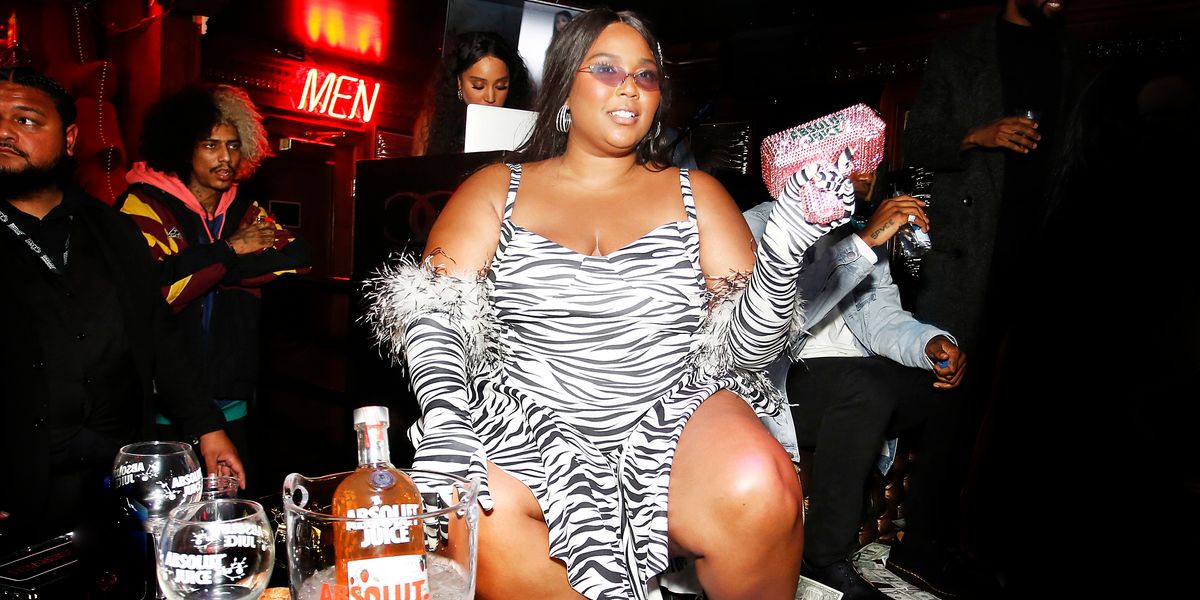 Fresh off her big wins at the Grammys on Sunday, Lizzo continued the festivities by making it rain at a Hollywood strip club, accompanied by pals Dua Lipa, Rosalía and Lil Nas X. (And Alexander Wang, naturally.)

The singer was spotted entering the venue in her third look of the night: a zebra-print bodysuit by up-and-coming London-based label Miscreants London, helmed by Central Saint Martins grad Lillie Hand. (Her first two looks were custom Atelier Versace looks during the ceremony.) The brand launched just last March, but has already been spotted on the likes of Saweetie, Little Mix and Chloe & Halle.

𝕷𝖎𝖑𝖑𝖎𝖊 🦇 on Instagram: “100% That Bitch!!!! Lizzo in custom Miscreants at the Grammy after party 🤍 @lizzobeeating styled by @marko_monroe 🤍 Fashion illustration by…”

Lizzo's zebra look, a custom version of the brand's popular Cleo Body, appears to be a hit with performers in particular. (British singer Mabel also recently sported the look.) "I think the Cleo Body has been very popular with performance artists because whilst designing my new collection, the female artists who have supported me became my inspiration and the foundation of Miscreants," Hand tells PAPER.

She continues: "Zebra print is fun, the feathers add another dimension to the look and more importantly it's extremely comfortable. I tried to create a body that gave freedom for movement whilst remaining sensitive to all elements of performance."

Her designs have been worn by Lizzo on numerous occasions before, including a custom version of the brand's Cupid dress for the VMAs. Hand says that she has a good relationship with Lizzo's stylist, Marko Monroe, and that he invited her to see Lizzo perform at the Brixton Academy once after months of sliding into each other's DMs. "I'm a huge fan of his work and love what he has done with Lizzo," she says. "His creative direction never fails to make a statement; Lizzo's looks are effortlessly iconic yet groundbreaking."

Hand adds that she actually had an energy drink so she could stay up until 7:30 AM UK time to catch her afterparty look on Lizzo. "It's honestly a little bit surreal to see a design of mine on Grammy night when a few hours before she's worn two custom designs by Versace," she says. "Lizzo is unapologetically herself which is the definition and foundation of Miscreants."