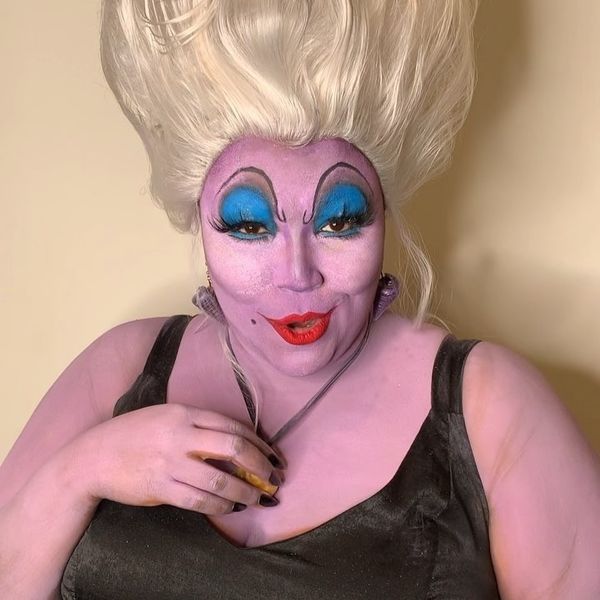 Lizzo Is the Internet's Bid for Ursula

On Friday, Variety broke exclusive news that actor Melissa McCarthy is in talks to play Ursula the sea witch in an upcoming live-action remake of Disney's The Little Mermaid. But fans have got other ideas about who their ideal Ursula is, and Lizzo is one of the leading candidates in the Internet's campaign.

People vouching for the "Truth Hurts" rapper have resurfaced videos from November 2018, wherein she sings "Poor Unfortunate Souls." She also plays "Under the Sea" on her signature musical instrument, the flute.

Lizzo herself took to Twitter to react to the news of McCarthy's possible casting, and retweeted Variety with a tear-eyed emoji.

could you imagine if in the live action little mermaid we would have zendaya as ariel AND lizzo as ursula... the POWER that would have but no disney is a lil bitch pic.twitter.com/oXggHskLVy

Other people want to see in the role of the iconic purple sea witch is Unbreakable Kimmy Schmidt actor Titus Burgess, and drag queen Ginger Minj. Tweeters are pointing out the character's origin story, and how she was based on legendary drag star and actor Divine. Ginger Minj herself saw the news, and reacted with an Oprah meme, clearly showing that she's not here for McCarthy's possible casting.

I LOVE Melissa McCarthy and she's amazing, but I was really pulling for Titus as Ursula pic.twitter.com/U4NaylmYL3

I mean Ursula was inspired by Divine. She has to be somebody in drag who can sing. pic.twitter.com/tUD7rCVJa3

@Disney please cast a drag queen in the role of Ursula. She was originally modeled after Divine. Live action should mimick that. Please be on the forefront and cast a Drag queen

The design for Ursula is based on Divine. @TheGingerMinj is the closest you can get to Divine and has the pipes to belt Poor Unfortunate Souls. No discredit to other talent but it would be a miss on @Disney @DisneyStudios part to cast anyone else in the part. pic.twitter.com/aMAwj6QX5X

The news from Variety indicates that the deal is not yet completed, and the talks about Ursula are still in their early stages. Hopefully Disney takes the Internet's demands into consideration, and perhaps even cast a drag queen in honor of Divine's inspiration and influence on the classic film character.