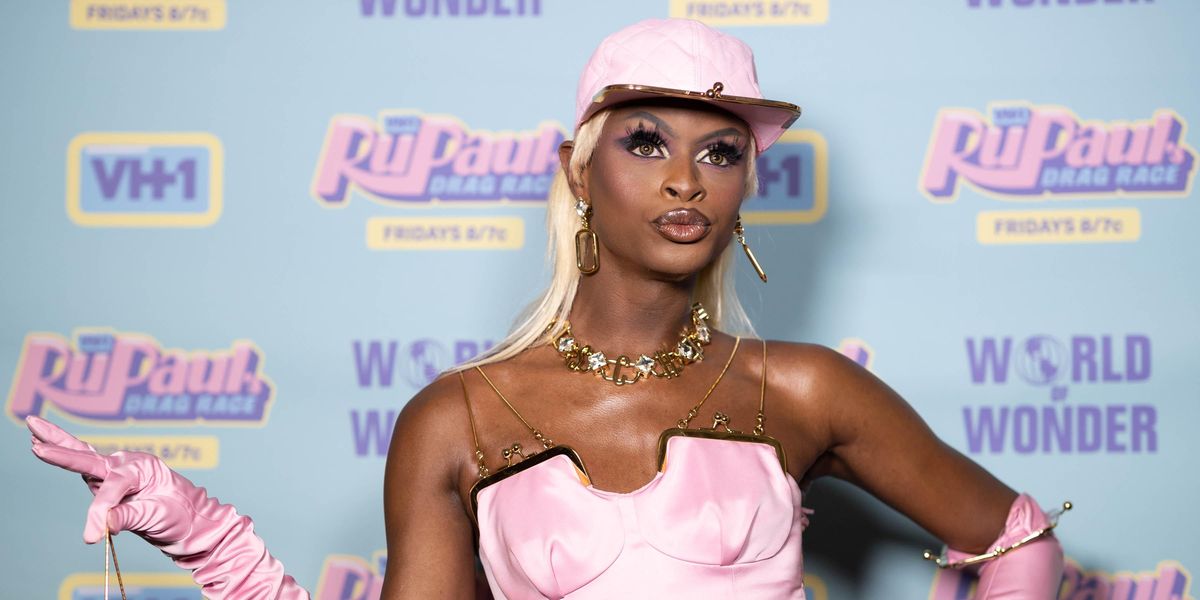 Hot on the heels of her crowning, all eyes are already on what RuPaul's Drag Race Season 13 winner Symone will do next — and, to be honest, surprising Lizzo on her birthday is a pretty promising start.

The drag queen made an entrance befitting of a reigning queen and strutted into Lizzo's Las Vegas birthday bash much to the singer's visible delight. After quickly hugging it out, the two immediately went into an impromptu pose session as camera's flashed and RuPaul's "Supermodel (You Better Work)" played in the background.

If you're finding yourself wondering what the connection between Lizzo and Symone exactly is — other than just icons recognizing icons — they happen to share the same stylist and designer, Marko Monroe. A member of the House Avalon along with Symone and Gigi Goode, Monroe has been responsible for some of both queens' most iconic looks on the show. And he's also has been Lizzo's go-to stylist for quite some time.

Speaking of fashion, you might have also clocked the fact that Lizzo was wearing a vintage Jean Paul Gaultier dress at her party that was also worn on the red carpet by Kim Kardashian at the 2018 People's Choice Awards. The more you know!