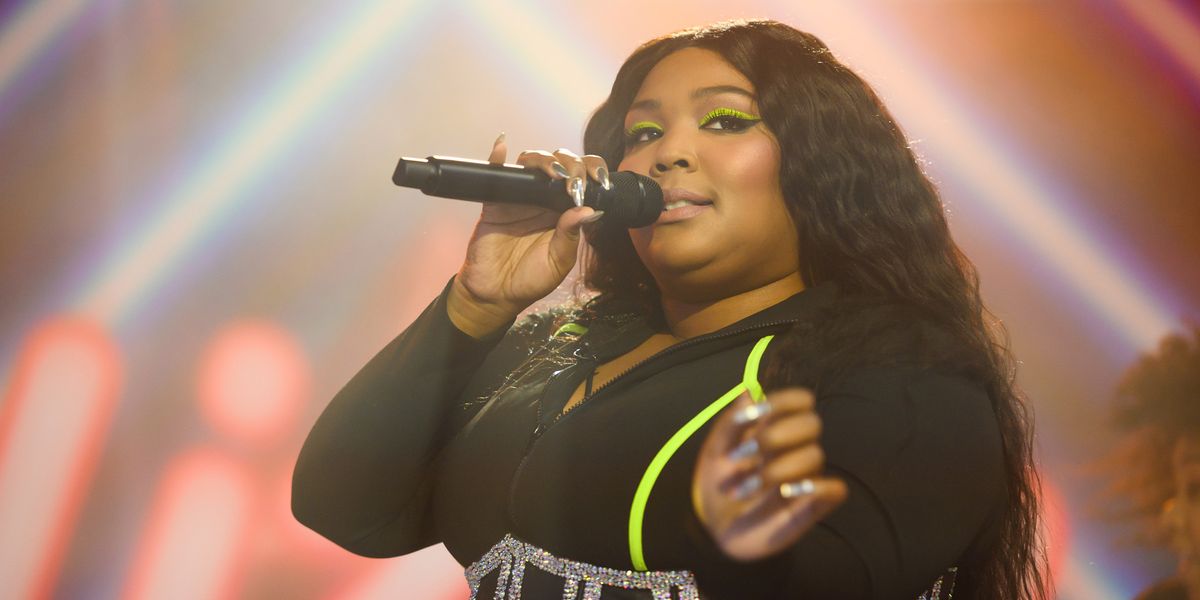 Lizzo Said She'd Like to Do a 'Special Naked Performance'

On the heels of the body policing discussion sparked by Lizzo's (incredible) thong outfit at last weekend's Lakers game, PopCulture.com revisited a recent radio interview in which the star said she'd be down to do a show in the nude.

As the publication notes, while speaking to 3FM ahead of her show in Amsterdam last month, Lizzo talked about the possibility of quite literally baring it all for a future performance.

"I would do a special naked performance," she said, though she made it clear the show would only work in a few specific markets.

"I would only do it in Vegas or Amsterdam," Lizzo stated, before adding that she'd also have to enforce some audience rules. "Everyone would have to give up their cell phones — your phone would be safe, but I think we'd do it like that. Then it would just be 'everybody, let's go.'"

And while there's no word on when exactly in 2020 she'd like to do this show, it's refreshing to continually see Lizzo do whatever the fuck she wants while flouting the near-constant scrutiny she faces.

That said, as she reminded us in the wake of all the outfit hubbub, "This is who I've always been. Now everyone's lookin' at it, and your criticism can just remain your criticism."

"Your criticism has no effect on me. Negative criticism has no stake in my life," she continued — and let's just hope all the recent bullshit doesn't affect her plan for this performance as well.