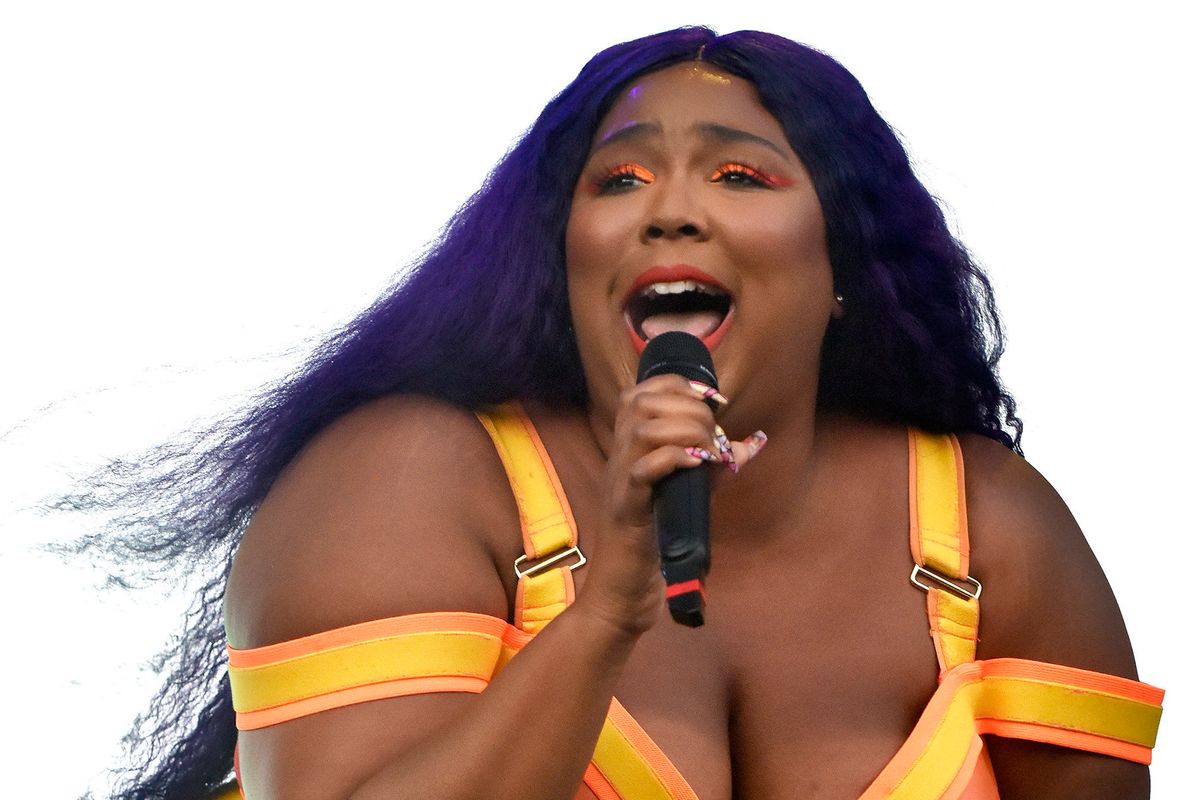 Lizzo has responded to the plagiarism claims made by songwriting duo Justin and Jeremiah Raisen about her No. 1 hit, "Truth Hurts." They argued in an Instagram post that "Truth Hurts" was adapted from song called "Healthy" that they wrote together with Lizzo in 2017 before "Truth Hurts," and thus, that they were owed songwriting credits and 5% royalties.

They also brought up the issue that the song's signature line "I just took a DNA test/ Turns out I'm 100% that bitch," originally came from a tweet by singer-songwriter Mina Lioness.

Lizzo unequivocally denies that the Raisen brothers wrote any part of "Truth Hurts."

"The men who claim a piece of 'Truth Hurts' did not help me write any part of the song. They had nothing to do with the line or how I chose to sing it," she wrote in an Instagram post.

Lizzo continued, "There was no one in the room when I wrote 'Truth Hurts,' except me, Ricky Reed, and my tears. That song is my life, and its words are my truth."

However, Lizzo fully acknowledged Mina Lionesses' contribution to "Truth Hurts" and promised she will be credited and compensated.

I want to publicly thank @Lizzo and her entire managment team for embracing me and reaching out.
— Legendina (@Legendina)1571852213.0

According to a statement issued to press, Lizzo is also pursuing a lawsuit agains the Raisens to legally establish the song's writing credits. Justin Raisen did not mention filing a lawsuit against Lizzo over their allegations in his original post on the issue.

See the statement from Lizzo's lawyer Cynthia Arato on "Truth Hurts" below.

"Today we filed a lawsuit on Lizzo's behalf to establish, in a court of law, that the Raisens are not writers of Truth Hurts and have no right to profit from the song's success. The Raisens did not collaborate with Lizzo or anyone else to create the song, and they did not help write any of the material that they now seek to profit from, which is why they expressly renounced any claim to the work, in writing, months ago, as the lawsuit makes abundantly clear. Although it is all too commonplace for successful artists to be subjected to these type of opportunistic claims, it is nevertheless disappointing that Lizzo had to take this step to put an end to the Raisens' false claims and their campaign of harassment."

In the wake of the Raisens' allegations, according to Pitchfork, an artist named CeCe Peniston claimed online that Lizzo's "Juice" infringes upon her 1992 single "Finally."

A Warner/Chappell spokesperson denied the "Juice" claim in a separate statement.

"There's no substantial similarity between 'Juice' and 'Finally', and there's no valid claim there."