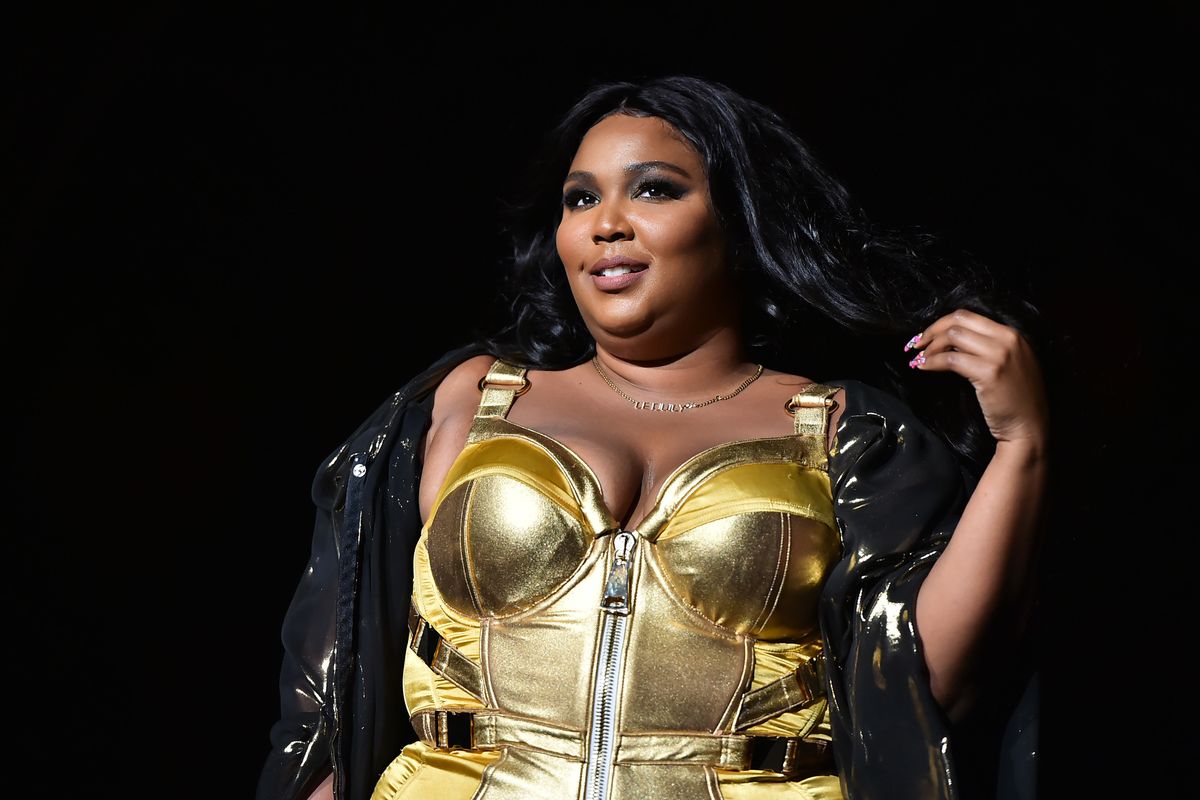 Last night, Lizzo attended the Los Angeles Lakers vs. Minnesota Timberwolves game, during which the Lakers girls did a halftime routine to her hit "Juice." So, naturally, the star decided to twerk along to the song and, in the process, revealed her booty-baring thong bottoms.

Lizzo hits a twerk while enjoying the the Laker Girls routine to “Juice” at tonight’s Lakers game... pic.twitter.com/xdDQV8OqPJ

Needless to say, she looked amazing. Unfortunately though, it didn't take long for the look to go viral and for people to criticize her outfit.

From unsolicited concerns about subjecting "innocent families" to her butt to other comments about her "RAGGEDY AF" outfit, many began talking about how Lizzo was trying "too hard to push her [body positive] agenda."

Innocent families at the game when Lizzo showed up with her cheeks out: pic.twitter.com/xkytLRkJrl

Y’all be sounding dumb trying to justify your opinions for “legit” reasons.

Lizzo’s outfit was RAGGEDY AF and that’s THAT. Don’t gotta say nothing bout “kids” or “family event” like no! Stop. Say it witcha CHEST: the shirt and its WAZE bootyhole shortcut was a NO!

Additionally, other critics claimed that their commentary had nothing to do with Lizzo's weight, with people defending themselves by saying, "that's not body shaming, you just doing too much."

Lizzo’s size has nothing to do with how inappropriate her outfit was. It could be someone as skinny as a stick and I would still say it was inappropriate for a family friendly event.

Like that’s not body shaming, you just doing too much

Lizzo will continue to get away wit a lot of shit because when big girls show their asses, it’s ‘body positivity’.

That said, Lizzo also had her fair share of defenders. As many pointed out, there's a huge double standard at work surrounding the commentary, as there's an overt disparity between the way the internet talks about thinner celebrity bodies and Lizzo's.

Interesting everyone posting Beyoncé’s ass, literally. While also saying they tired of seeing Lizzo’s ass and that the constant flaunting of her body is “tacky”.

And by interesting I meant fatphobic.

The comments below let you know exactly what Lizzo uproar is rooted in.

This is more about how uncomfortable she makes folks bc we are conditioned to see fatness as unacceptable. https://t.co/qBKje72jqk

I’m cracking up at all the “Lizzo was at a basketball game, children were there” y’all love protecting children when it’s convenient. Kids be around cigarette smoke, weed smoke, vulgar language, crackhead uncles, etc. But a fat bitch with her ass showing will harm them. Okay then pic.twitter.com/bHUI7lzOV2

Lizzo is only annoying because she is doing things you deem unacceptable from women that look like HER.
People need to reflect on what they’re saying, especially the so-called “body-pos” lovers.

We love giving people conditions for our comfort. How arrogant.

But perhaps Bitch's Evette Dionne put it best, when she wrote that the scrutiny surrounding Lizzo stems from the fact that she "dares to transgress whatever boxes fat people are supposed to be confined in."

"Professional cheerleaders are typically half-dressed and performing dance routines at professional sporting events," Dionne continued. "It has never been cause for national panic. We see Lizzo's outfit and behavior as 'indecent' because of the body she exists in."

I love to see the fatphobia come out whenever Lizzo dares to transgress whatever boxes fat people are supposed to be confined in. If there’s one thing in life that’s consistent, its fatphobic people. pic.twitter.com/SkkoqZ4LVW

Let’s be honest with ourselves: Professional cheerleaders are typically half-dressed and performing dance routines at professional sporting events. It has never been cause for national panic. We see Lizzo’s outfit and behavior as “indecent” because of the body she exists in.

Either way, it doesn't appear as if Lizzo is too bothered by the criticism, if her latest tweet is any indication. See her response to all the hubbub, below.