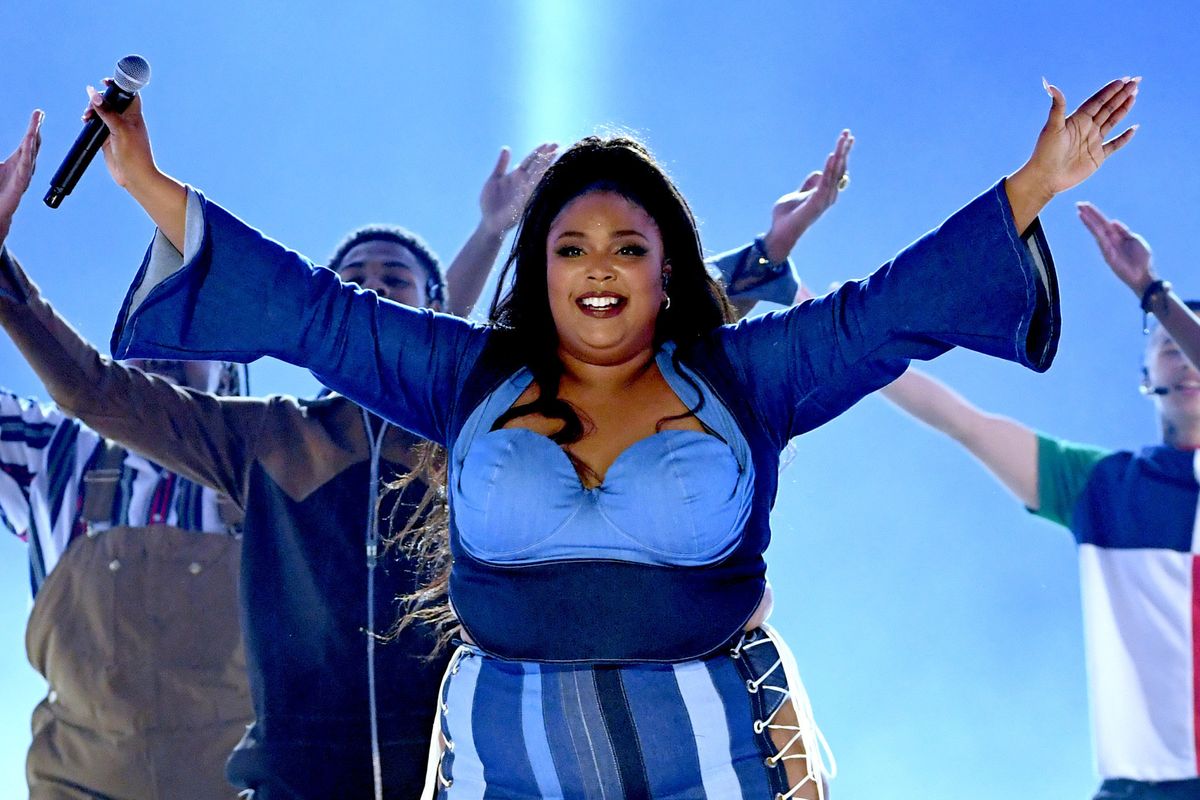 The MTV Movie & TV Awards were broadcast last night, and it looked like a good time! A weird but pleasing array of celebrities were in attendance (The Rock, the Schitt's Creek cast, all the CW/Netflix teens), and motivational bop queen Lizzo performed her breakout hit "Juice" on stage.

Introduced by Melissa McCarthy, Tiffany Haddish, and Elisabeth Moss, Lizzo slayed as usual, decked out in head-to-toe custom denim. She's had a huge 12 months: releasing her first major label album, Cuz I Love You, selling out tours, and collaborating with the likes of Missy Elliott and Charli XCX.

She loves us and we love her! Watch Lizzo perform "Juice" at the 2019 MTV Movie & TV Awards, below.