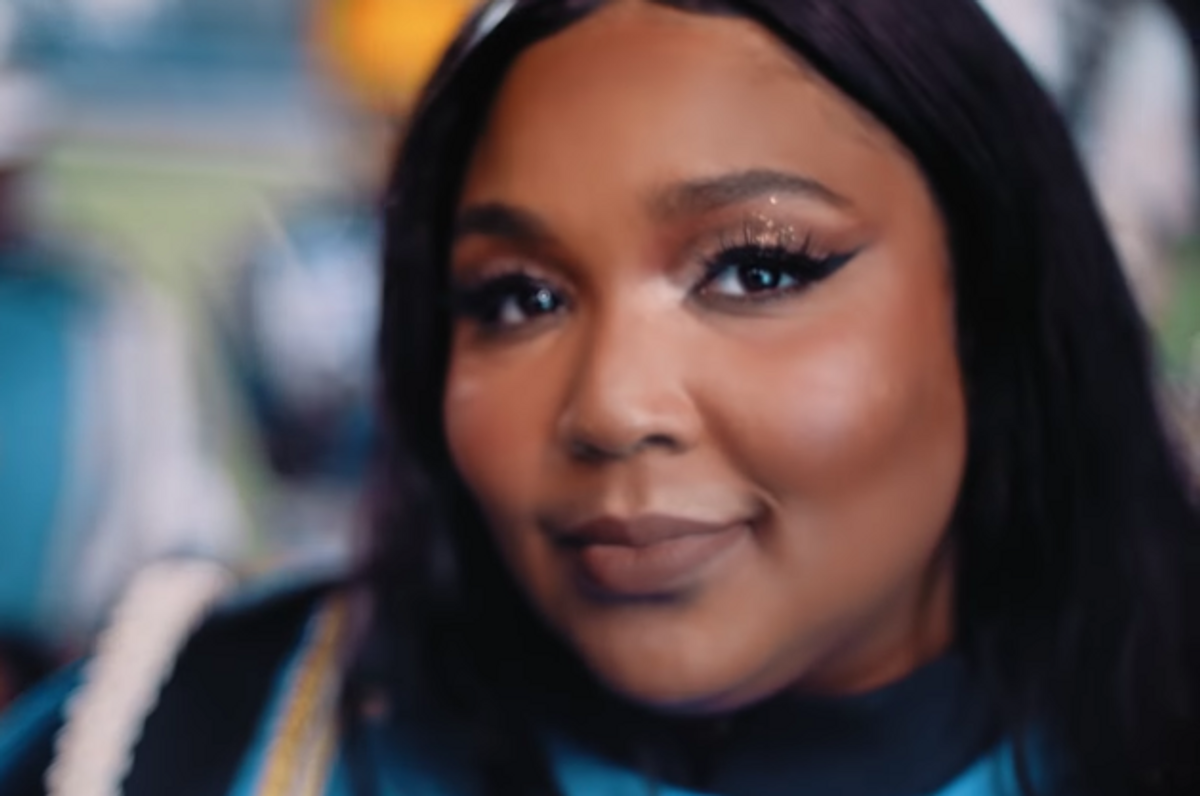 Lizzo's 'Good As Hell' Video Is a Band Geek Fairytale

Lizzo has released a brand new video for her second biggest hit to date, "Good As Hell," no doubt hoping it'll help the song follow in "Truth Hurts"' footsteps.

It's a wholesome girl power fantasy in the vein of Bend It Like Beckham or a League of Their Own. The protagonists are female performers from every section of the band: the lone girl on the boys' club drum line, a nervous horn player and a heartbroken dancer. Playing a familiar role, Lizzo descends as their bandleader fairy godmother who helps them face their fears before the big show: twerking on the band bus, hyping from the stands and passing out encouraging winks and Flaming Hot Cheetos.

It's an upgrade from the original video from 2016: a significantly lower budget affair that takes place at a hair salon.

This video is the latest step in the "Good as Hell" chart campaign, following its Ariana Grande remix treatment. The song currently sits at No. 3 on the Hot 100, trailing Post Malone's "Circles" and Lewis Capaldi's "Someone You Loved." They might just make it to the top. I mean… this shit is adorable.