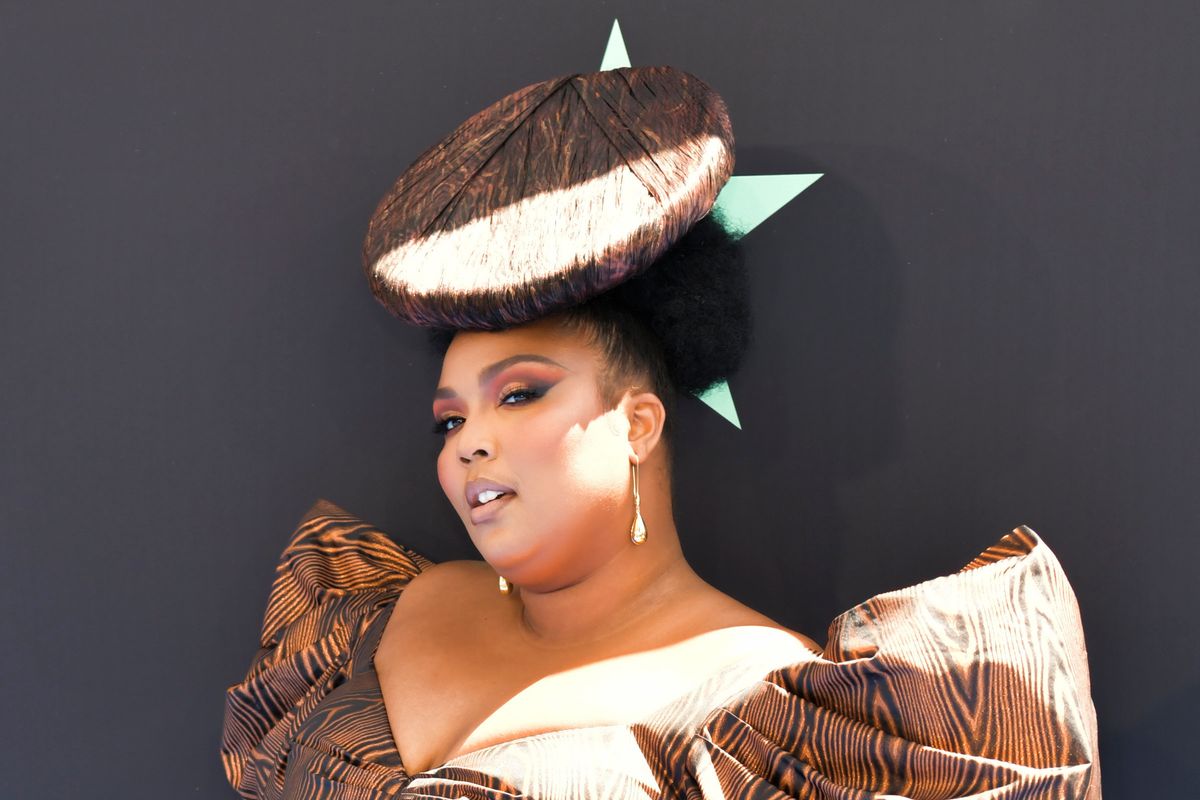 How to Get Lizzo's Houston-Inspired BET Awards Beat

But no awards night is truly complete without a little bit of drama. Leave it to queen of all things, Lizzo to bring the house down with her killer outfit and an inspiring performance that even had Rihanna grooving along to it. Along with her fiery performance, the singer also debuted a bold beauty look to match her custom '80s mini dress by House of Holland.

The artist behind the incredible look was Alexx Mayo, who tells PAPER that the inspiration was rooted in nostalgia and the singer's love for Woodgrain paint. "The look was inspired by Lizzo's love of the print of Woodgrain going back to her Houston roots," he says. "I wanted to incorporate the contrast of the browns and add some metallic to really pop."

He goes on to describe how Lizzo came to him with a vision for what she wanted, but eventually it was a collaborative process. "One of the best things about working with Lizzo is she will have a vision or an idea and she really allows her creative team to build on that," he says. "From wardrobe to hair and nails, we all have this connection and are able to be on the same page. The wardrobe will inspire the hair, the hair will inspire the makeup or vice versa. It's really an honor to work with such creative individuals."

But if you're looking to recreate it, Mayo also gave a step by step break down on how exactly he achieved the dramatic and glamorous look. Fair warning: it takes some work.

"I started with an eye shadow base by Nars. I then carved the shape of the eye to create warmth with Makeup Forever eyeshadow in orange; I wanted this color to almost be a frame for the brown tones," he explains. "I went in with more of a deeper more orange brown and worked my way deeper in the crease area using the Huda Beauty Topaz Palette."

He also spills his coveted trick to getting the eyeshadow to pop. "One of my tricks for really making an eye shadow pop is to use it wet. So I took the more metallic hold shade from the Huda palette on a flat brush and then used a setting spray from Urban Decay to create a liquid show. This allowed me to really have maximum effect and paint on the inner lid," he says. "I used the same orange brown shade underneath the lash line to add more of a smokey effect. I then defined the lash line with my go to waterproof liquid liner by Stila Cosmetics in intense black. I finished off with a a fluffy dramatic lash by Lilly Lashes in the style Miami. A bold brow and nude lip balanced out the eyes."

Mayo also tells us his favorite products to use on the singer. "Colors and textures always change but one thing that is always consistent is the skin and for that I love the Make Up For Ever HD Liquid foundations and concealers," he says. "[They] allow me to highlight and contour and really sculpt the face in so many beautiful True Tone shades. We also couldn't complete a look without a good pair of lashes. Ardell Beauty has been our go to."