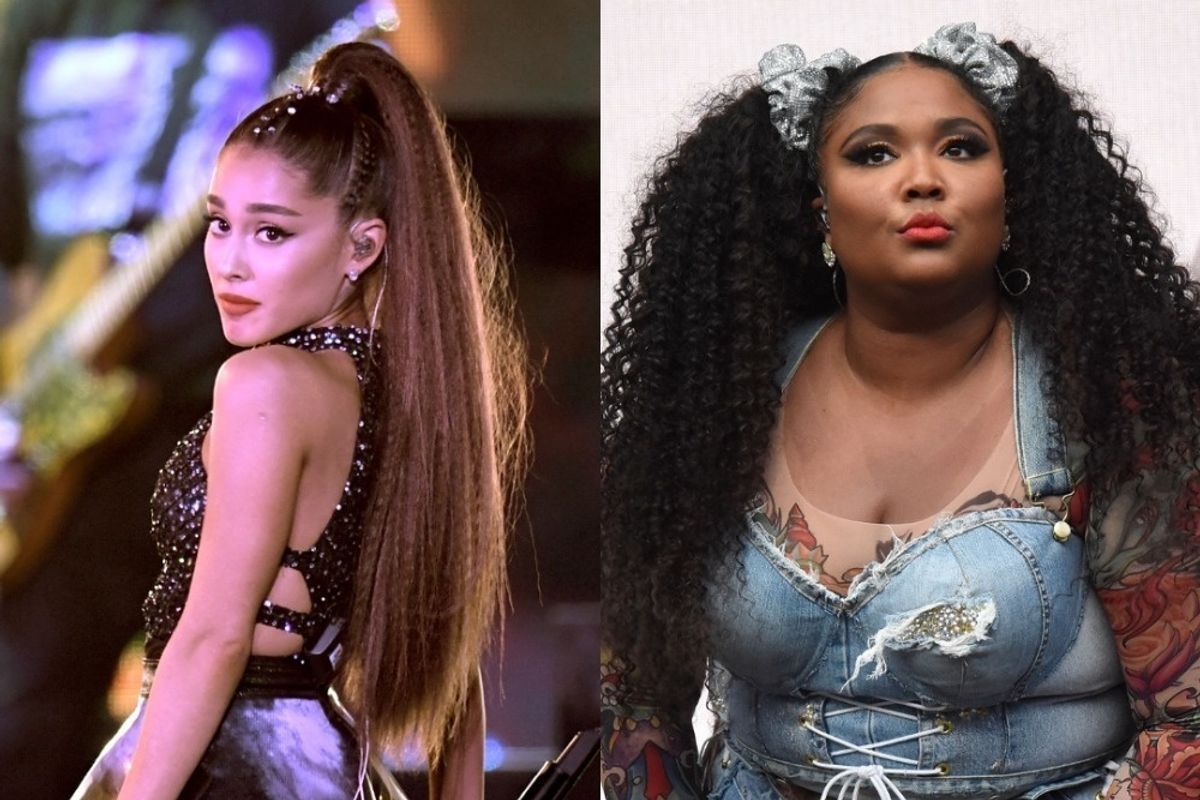 Lizzo wrote the script for scrambled roll-out timelines (i.e. "Truth Hurts" going No. 1 two years later). Now she's taking a leaf out of Lil Nas X's book and playing around in the remix world to give a song new life.

Ariana Grande hopped on a cute remix for Lizzo's second biggest hit to date "Good as Hell" ("I DO MY HAIR TOSS/ CHECK MY NAILS"). It's a lot of voice, hair and personality one on song, but it works.

Ariana Grande on Instagram: “the most fun 🥂 thank you @lizzobeeating for having me on this remix !! i love you, your energy and this record so so much. ‘good as hell’…”

We get a brand new half-verse of self-love swagger from Ariana (see below). The Sweetener star harmonizes and sings back-up, offering intermittent affirmations of "yes girl!" and "he better!" as Lizzo declare's she's taking her fine ass out the door.

Lizzo on Instagram: “I GOT A BOTTLE OF TEQUILA AND A REMIX FOR YOU | ✨GOOD AS HELL✨ feat. @arianagrande NOW STREAMING BITCH ☃️”

"Cause he better know my worth
There's so much that I deserve
But I ain't worried now, I'ma let my hair down
He been tryin' it, but not today"

It's the first new music we've heard from Ariana since Thank U Next and "Don't Call Me Angel."

Meanwhile, Lizzo is currently in the midst of filing a lawsuit against Justin and Jeremiah Raisen, after they laid claim to writing credits and royalties from "Truth Hurts." They say the song's chords, lyrics and melody were adapted from a song they wrote for Lizzo called "Healthy."

Lizzo denies this completely, saying "The men who claim a piece of 'Truth Hurts' did not help me write any part of the song. They had nothing to do with the line or how I chose to sing it."