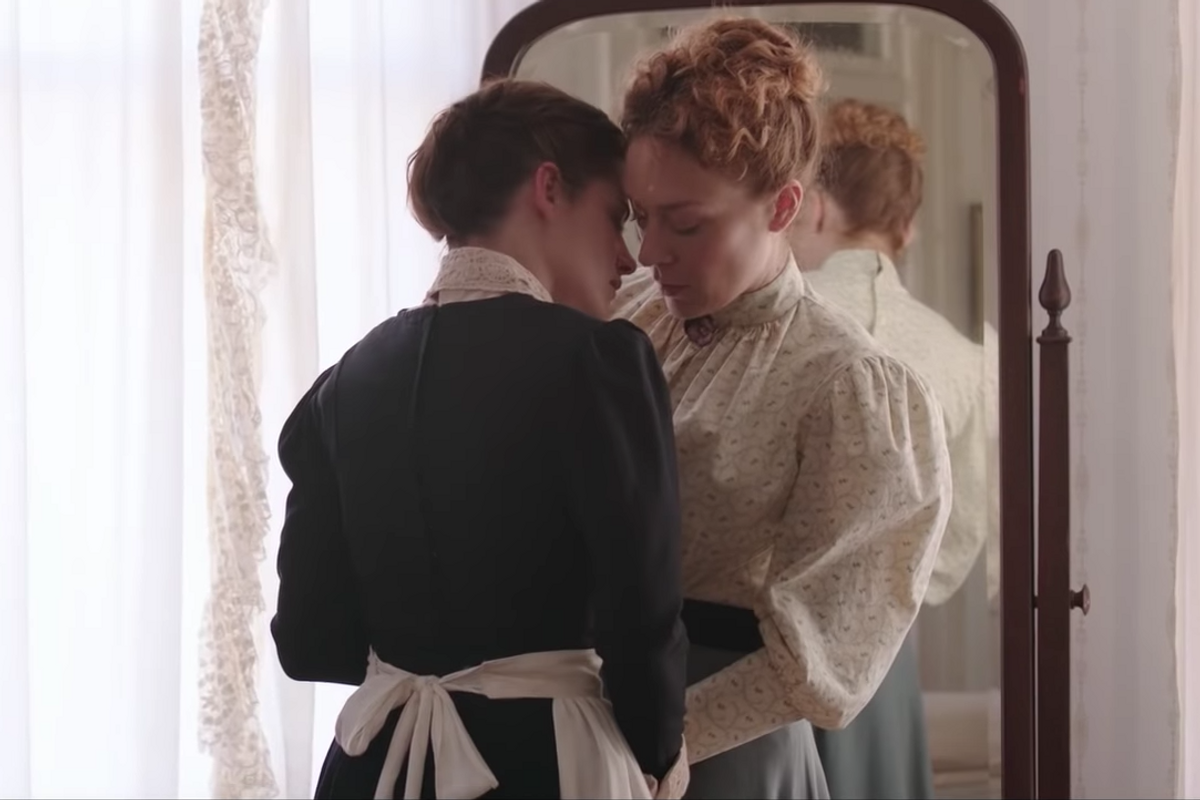 Chlöe Sevigny and Kristen Stewart Are Queer Killers in 'Lizzie'

The 19th century Borden murders were equivalent in fanfare to the trial of O.J. Simpson, with Lizzie Borden the prime (and acquitted) suspect in the brutal killing of her exorbitantly wealthy father and stepmother leading to many different theories as to what really happened.

Related | Chloë Sevigny: The OG 'It'-Girl Who's Ready to Leave the "Kids" Table

One of those theories was that Borden was having an affair with the family's new housemaid, and killed her parents after they reacted with disgust after catching the two of them in the act. This seems to be the narrative in the new film based on the events, titled Lizzie and starring indie-cinema dream girls Chlöe Sevigny and Kristen Stewart. Sevigny said in a recent interview that she hoped the Craig Macneill-directed film would be a "rousing, smash-the-patriarchy piece," particularly as the character of Andrew Borden is depicted as an megalomaniac, serial abuser. It's bound to be a film that keeps you on the very edge of your seat.