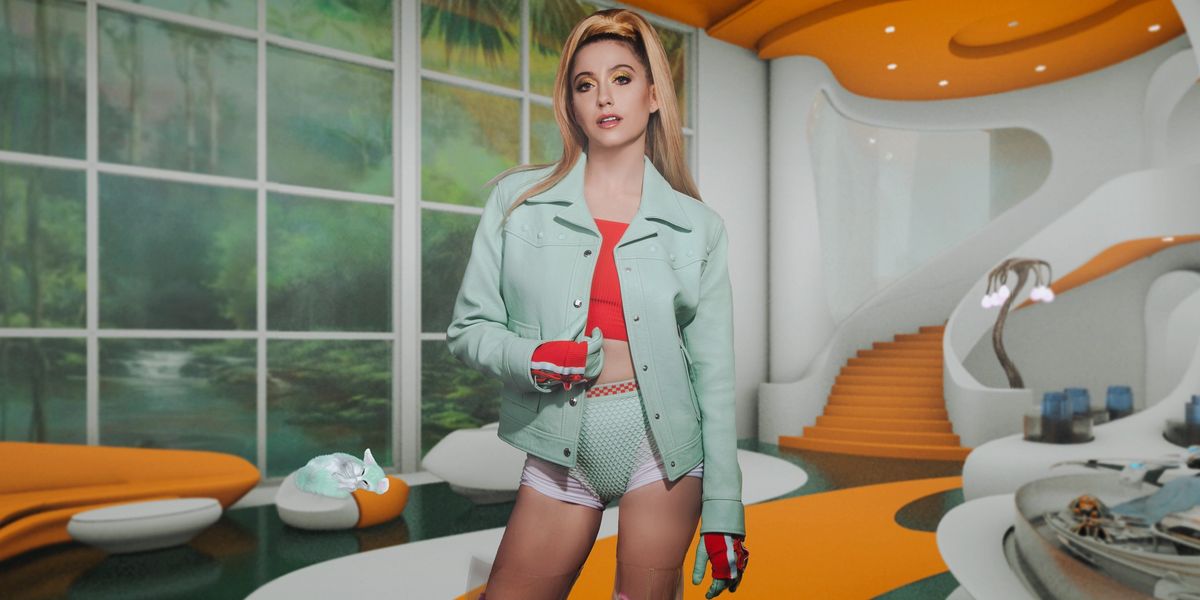 Now, the dynamic duo is bringing us the clip to "Pandemonium," the high-energy, unabashedly pop song LIZ co-wrote with Sarah Hudson and another one of our favorite rising artists, Jesse Saint John.

For "Pandemonium," LIZ channels her loyal nostalgia for all things Y2K into a glossy gaming and performance-based visual that perfectly compliments her bubblegum sound. (She even plays an athletic, early-Internet The Sims character). LIZ tells PAPER that the video is a sequel to "Super Duper Nova," and that they were both shot in the same weekend.

"I prefer that people watch them together," she says. "It's part of this whole bubblegum, fantasy, and nerd culture vibe that I've been channeling lately. James Orlando gets all of those nuances and really helped me translate that visually."

Of working with Orlando, LIZ says they met through their shared work on projects for OKgrl a few years ago, and the two of them have been concocting intergalactic fantasy realness ever since.

"He got inspired by my songs and lyrics to create this world with me, so it really was an organic 50/50 process," LIZ says. "He started building the CGI sets last summer, and that's when we also did my 3D face scans and he started working on the gaming engine. A lot of the treatment was already worked out before we shot my green screen performance stuff."

In addition to "Pandemonium," LIZ also teases that quite a bit of new music is on its way. "I have a lot of still-unreleased material, plus I've been making a ton of new stuff which is forming together quite nicely," she reveals. "I think I just might drop some sort of long-form project in early 2019. I still have another single coming out before the end of the year which will be on Moving Castle [record label and collective]. The flavor of it is kind of a sneak peek of what's to come."

In the meantime, to whet your appetite for new LIZ music, you can watch "Pandemonium," below.