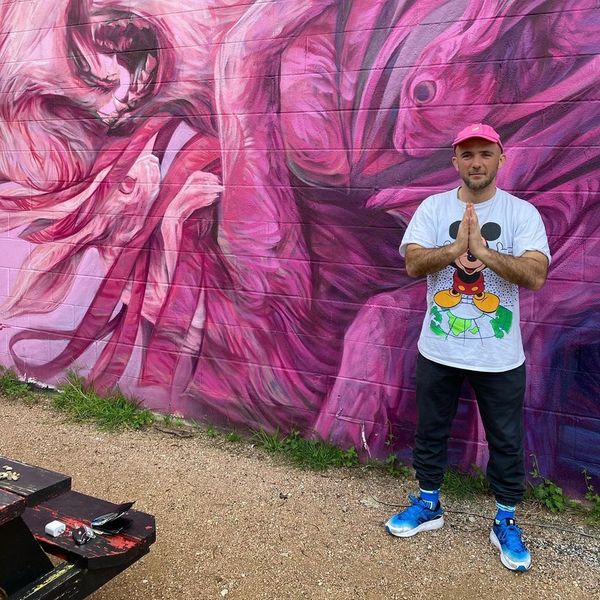 Thanks to Ms. Rona, we're all trapped at home with nothing to do. Even Netflix is getting boring! But never fear. While they're technically out of work, our favorite entertainers are still out here bravely making virtual content in a scary new world. Going to the club or the cinema is out of the question right now (self isolate! Ariana Grande says so) but here's PAPER's ongoing guide to the latest livestreams — featuring comedians, actors, musicians and more.

Who? American rapper Kosha Dillz, who recently released a Matisyahu-assised single, "For The Ones," will be hosting a livestream tonight in support of the Austin music community. In light of SXSW being postponed, Kosha Dillz says, "After all is said and done in this world, I want to be remembered as somebody who showed up for those who have always showed up for me." Dillz will perform new songs from his upcoming project, as well as verses from collaborations with friends he has previously played with in Austin for SXSW. The livestream will be raising money for #BandingTogether, which aims to support the venues, artists and creatives who rely on SXSW as income. It's an especially kind gesture given that Dillz, from New Jersey, wants to help artists reliant on SXSW, underscoring COVID-19's global impact on artists.

Why watch? SXSW was one of the first major annual festivals cancelled as the spread of coronavirus first hit the US — the Austin festival's first time doing so in its 34 years. Given that the fest's estimated local economic impact last year stood at $355.9 million, this year's cancellation undoubtedly hits local businesses, tech enterprises and, of course, musicians and artists especially hard. In these difficult times, Dillz says the best thing we can do is offer support to one another — plus, "sharing is free." Dillz says viewers can expect to foster a greater sense of "kindness, compassion and a shift in attitude about how to handle the upcoming 'woe is me' era" from tuning in.