Little Mix Are Headed in the Right Direction 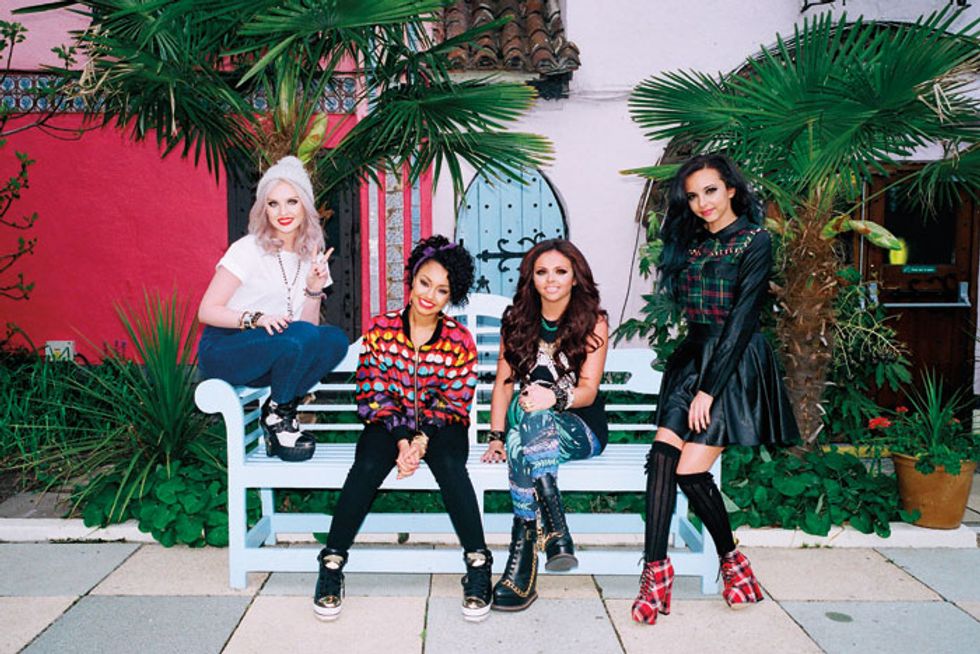 But Little Mix has certainly won its own fans: "Wings," an effervescent single with a debt to En Vogue, debuted at number one on the U.K. singles chart, was covered on Glee and racked up more than 50 million views on YouTube. All of which makes running errands back home in London a little tough. "If we're just out in the city by ourselves, it's actually fine. Some people might stop you for autographs or photos," says Edwards. "But when we go out as a group it's kind of scary."

Their debut album, DNA, released in November in the U.K. and in late May in the U.S., also features "How Ya Doin'," a collaboration with Missy Elliott. "That was wicked. We've always said from the start that we've wanted to work with her," says Pinnock. TLC's T-Boz is another guest on the album. "I grew up listening to lots of R&B, like TLC, SWV and B2K. I love the '90s. I don't know what it is, but I think it's the best era." As for a certain '90s U.K. girl group that Little Mix is frequently compared to? Yes, they've met them, and, yes, it was awesome. "I never thought we'd meet the Spice Girls," Pinnock gushes about her encounter with Emma Bunton, Mel C and Mel B. "They told us to work hard, have fun and enjoy it." With the U.K. conquered, the girls invade the U.S. this summer with tour dates and mall appearances. Edwards says, "It'll kind of be like starting from scratch, but we're excited."