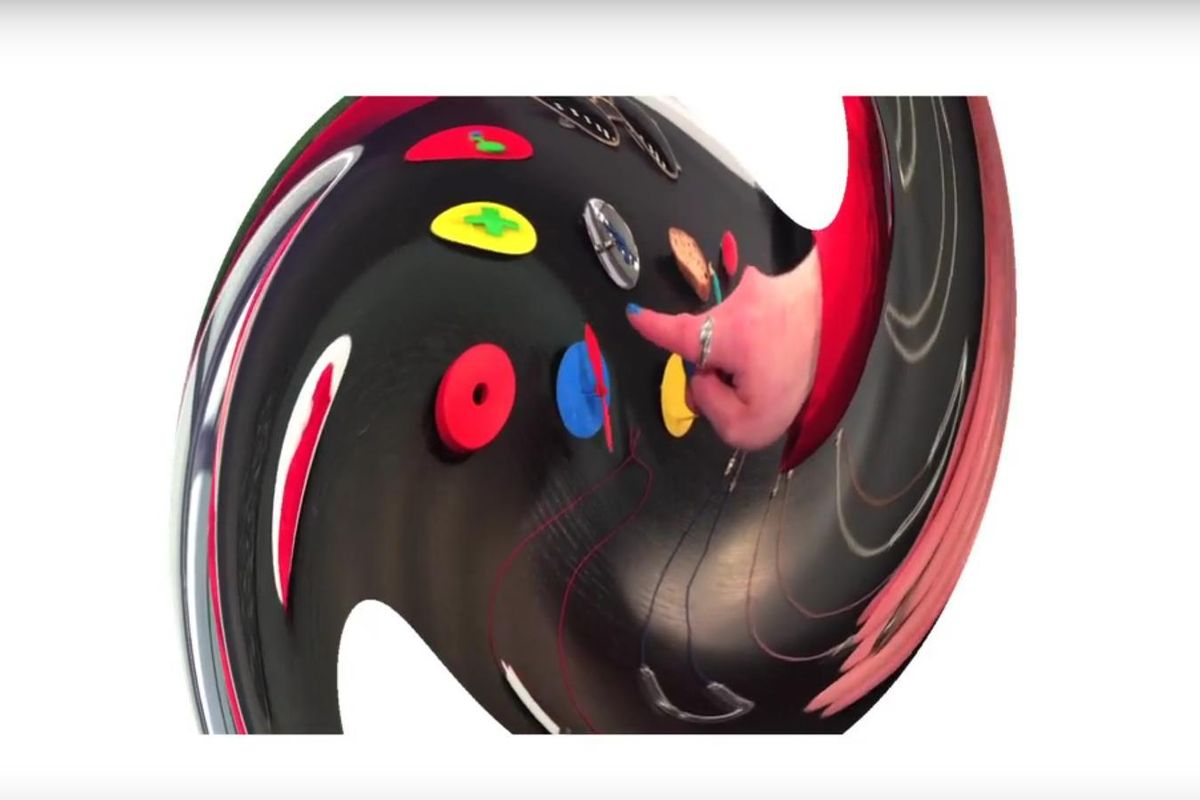 Once in a while you stumble upon a deep web gem that's undeniably dope in its derpy, off-kilter appeal -- and today's entry in this category has to go to our new obsession, a new London outfit dubbed WHARFWHIT.

The "SILLY AND MINTY" solo project of Kero Kero Bonito's Jamie Bulled (alongside interactive/wearables designer Sorcha Wharf), it's a whirlpool of wacky weirdness that melds strange, warpy sampling with elements of grime MC culture, PC Music-esque satire and KKB's penchant for playful musical motifs. In short, everything we're obsessed with wrapped in one shiny, Boomeranged stream.

However, Bulled prefers to just keep it at "THE TRACK IS ABOUT NOT KNOWING WHERE TO PUT YOUR ELBOWS. EVIDENTLY WE CAN ALL RELATE TO THAT!¡" -- which is also undeniably true. Listen below.