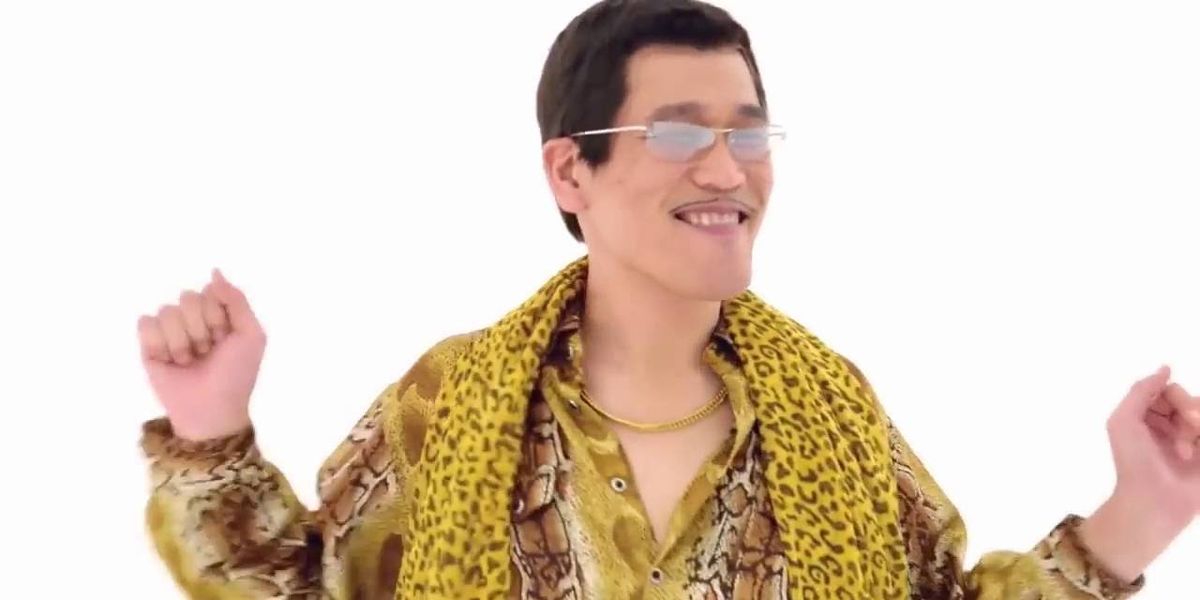 Behold "Pen-Pineapple-Apple-Pen," a 45-second surrealist exercise created by Japanese comedian and DJ Kosaka Daimau that now holds the Guinness World Record as the shortest song ever to hit the Billboard Hot 100. The song, which currently boasts 68 million views on Youtube, was lifted from obscurity by troubled Canadian boy, Justin Bieber, when he tweeted that the song was "his favorite thing on the Internet" to his 90m strong child army. And it is a bop!