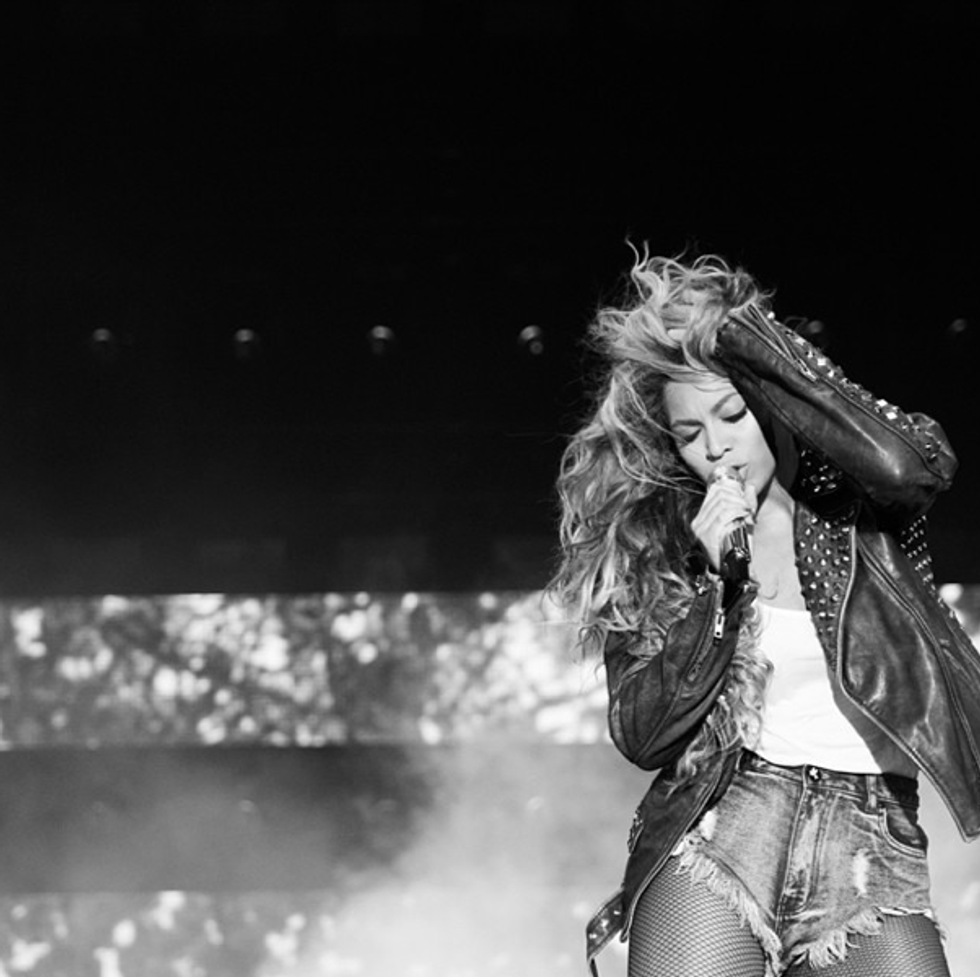 by Gabby Bess
PAPERMAG
via Instagram
BeyoncÃ© is trying to trick us into caring about 50 Shades of Grey and it's totally working. Over the Summer, BeyoncÃ© hinted at her contributions to the 50 Shades soundtrack and now the downtempo remixes of "Crazy in Love" and "Haunted," off her 2013 self-titled album, have surfaced. And yeah, they're pretty f*cking hot. You can listen to the Boots remix of "Crazy in Love" and Michael Diamond's "Haunted" remix, below. Both songs will appear on the 50 Shades of Grey soundtrack.