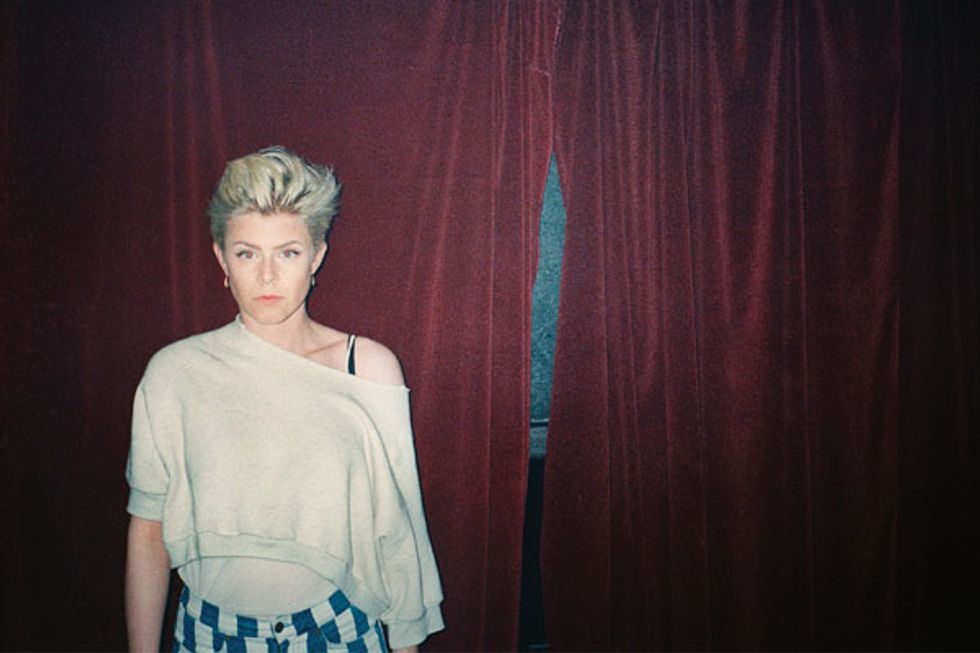 By Sandra Song
PAPERMAG
photo by Simon Ryden
Robyn, amongst the greatest pop philosophers of our time (what's more moody existentialist than "Dancing On My Own"?), proclaims that "Love Is Free" on a new buoyant single that comes courtesy of a side project she's been teasing for a while now.
Dubbed La Bagatelle Magique, the project is the result of recordings with bandmate Markus JÃ¤gerstedt and late collaborator Christian Falk, who died during the making of the album. As such, Robyn and JÃ¤gerstedt are still hoping to release a mini-album of completed material "really soon."
A verifiable club-ready, Euro-house banger (that also has a weird moment of Spanish?), listen to the track premiere on Annie Mac's BBC show, followed by an interview with Robyn herself. Listen below.
You May Also Like
Music