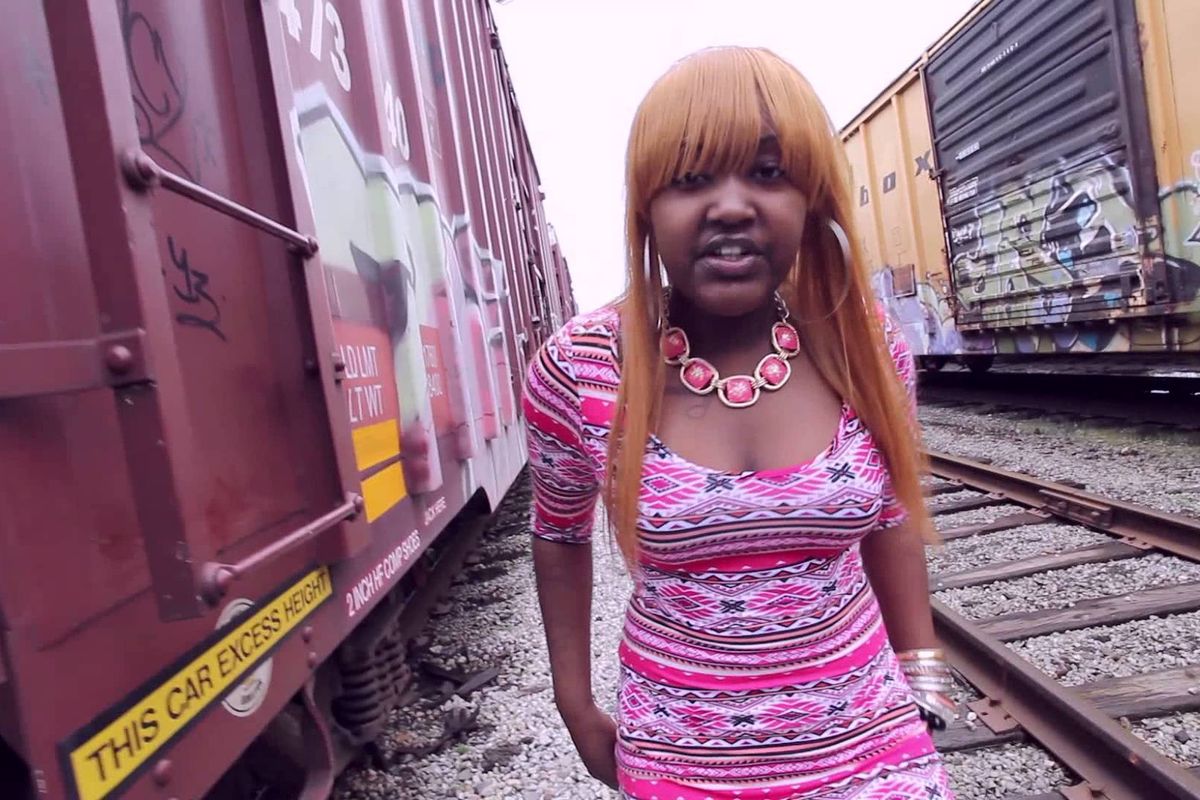 Rapper Cupcakke may only be 18, but she's already gone viral thanks to her signature brand of raunchy, sex-positive spit, producing tracks like the vivacious "Deep Throat" and razor-sharp "Vagina" that prove she knows what's up. Putting an empowered, sex-positive spin on rap, the Chicago-based MC is now taking a more serious turn, and we're proud to share her latest effort, the anti-predatory "Pedophile", which she tells us is a message that a lot of young girls need to hear. Listen to the song alongside our Q&A with Cupcakke, who shares some thoughts on R. Kelly, the dangers of dating much older men and embracing your more sexual side.

So why don't we begin with you telling me a little bit about how you started rapping.

I started rapping at 14....but at different churches -- and it was real clean. Just real clean poetry. And once I went to one church and this guy was like hey why don't you just flip your poetry into, you know, rapping? So I went back and I started writing and writing and I put out my first song. And the first song ["Gold Digger"] went viral all over the internet. It's now took off of Youtube -- and I don't know, it just went viral and I just kept going. It's really a blessing. I'm grateful.

Was "Gold Digger" in line, stylistically-speaking, with what you're doing right now? When did you really decide to go raunchier?

I was doing all clean music for the 4 years I was been rapping, but the last 4, 5 months ago, I put out my first sexual song, "Vagina". It was just to try something different.

What inspired the writing of "Vagina"?

It was just a momentary sexual feeling, and I put it on paper.

Let's talk a little bit about "Pedophile". How did you write it?

Like I said, I was doing the sexual music for a couple months now, so I said I'm going to continue doing this and I released a couple more songs -- more freaky songs. And some people said let's go deeper, let's cut deeper -- deeper situations. So this is, this is a new song. "Pedophile" is something a lot of young girls need to hear it. Like we've got grown men out here who crave for young girls and they're 35, 40-years-old. I just think this needs to be heard. It needs to be heard, even if this is a touchy topic, definitely.

Was the song written in response to the fact that R. Kelly has been in the news a lot lately? I know you name check him in the song.

Yeah, I just put that there because with the Aaliyah situation -- [if I were her] I would do something similar, and that's why I wrote this...I love R. Kelly and I love his music, it's just [him] talking to Aaliyah when she was 15...You know?