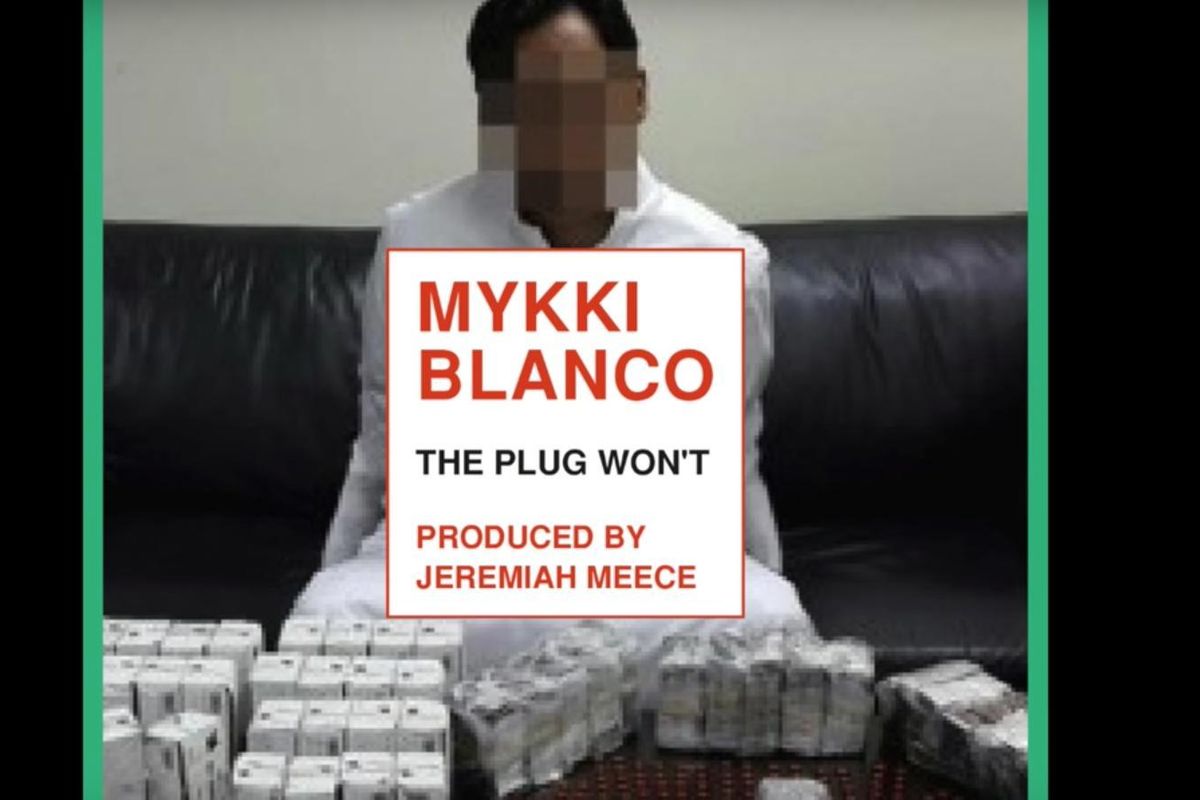 Mykki Blanco has just dropped the brand new track "The Plug Won't," alongside news that his highly-anticipated self-titled debut will finally be released September 16 via !K7.

Produced by The-Drum's Jeremiah Meece, "The Plug Won't" puts Mykki's narrative about the duplicity of drugged-up club "love" (and how dancefloor infatuation may never lead to the real thing) atop sparse, psychedelic-leaning R&B production -- making for a track that all we can do is scream "amen" to. Why do we need love, for real? Listen below.