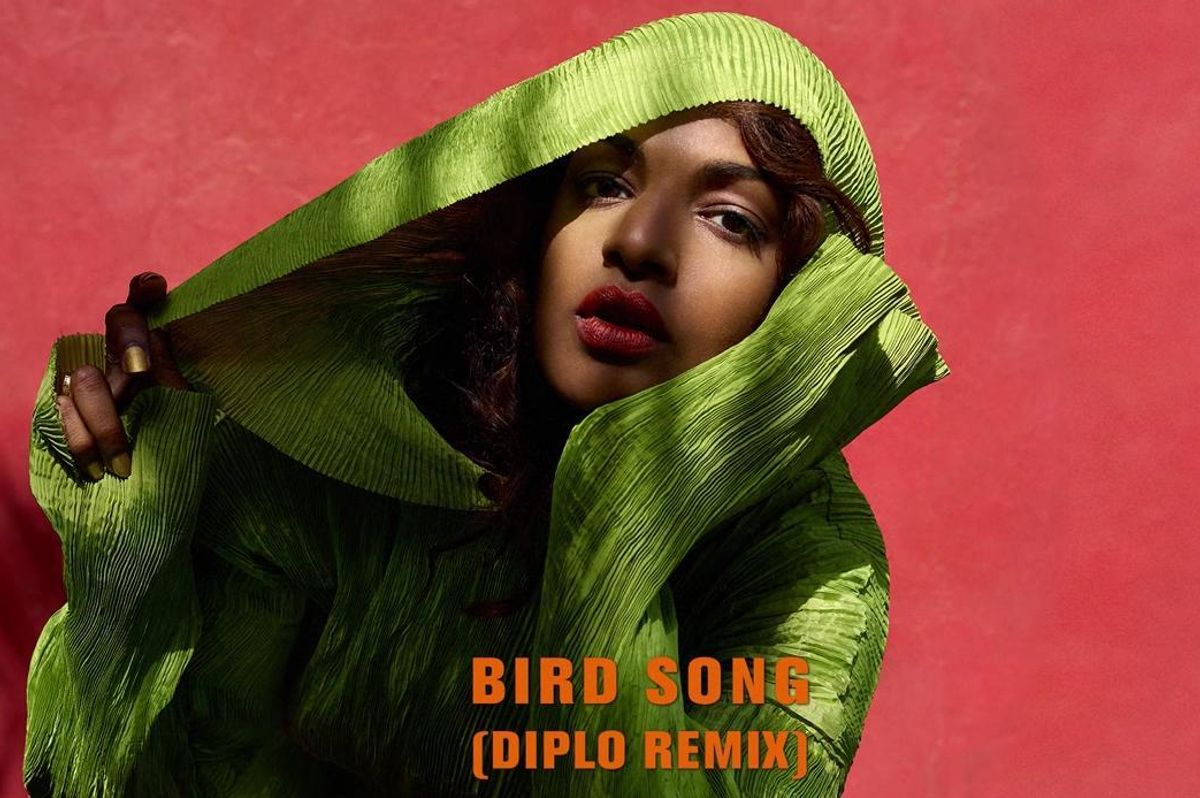 Earlier this month, news broke that former collaborators/romantic partners M.I.A. and Diplo had gotten over their long-standing beef and kissed and made up--musically at least. M.I.A. announced that he would be appearing on her upcoming album on the track "Bird Song."

Last week, "Bird Song" did appear, but it was lacking a promised producer. Instead, a different, Blaqstarr-produced, version of was released, and a few days later, M.I.A. pointed the finger on Twitter at Interscope for blocking the release of the original collab. Someone at the label must have got the message, because this morning the Diplo mix was out, recapturing the addictive twangy glory of his and M.I.A.'s early work.

Listen, then hop over to the Blaqstarr "Bird Song" and contrast and compare. Both will be on AIM when it drops in September.