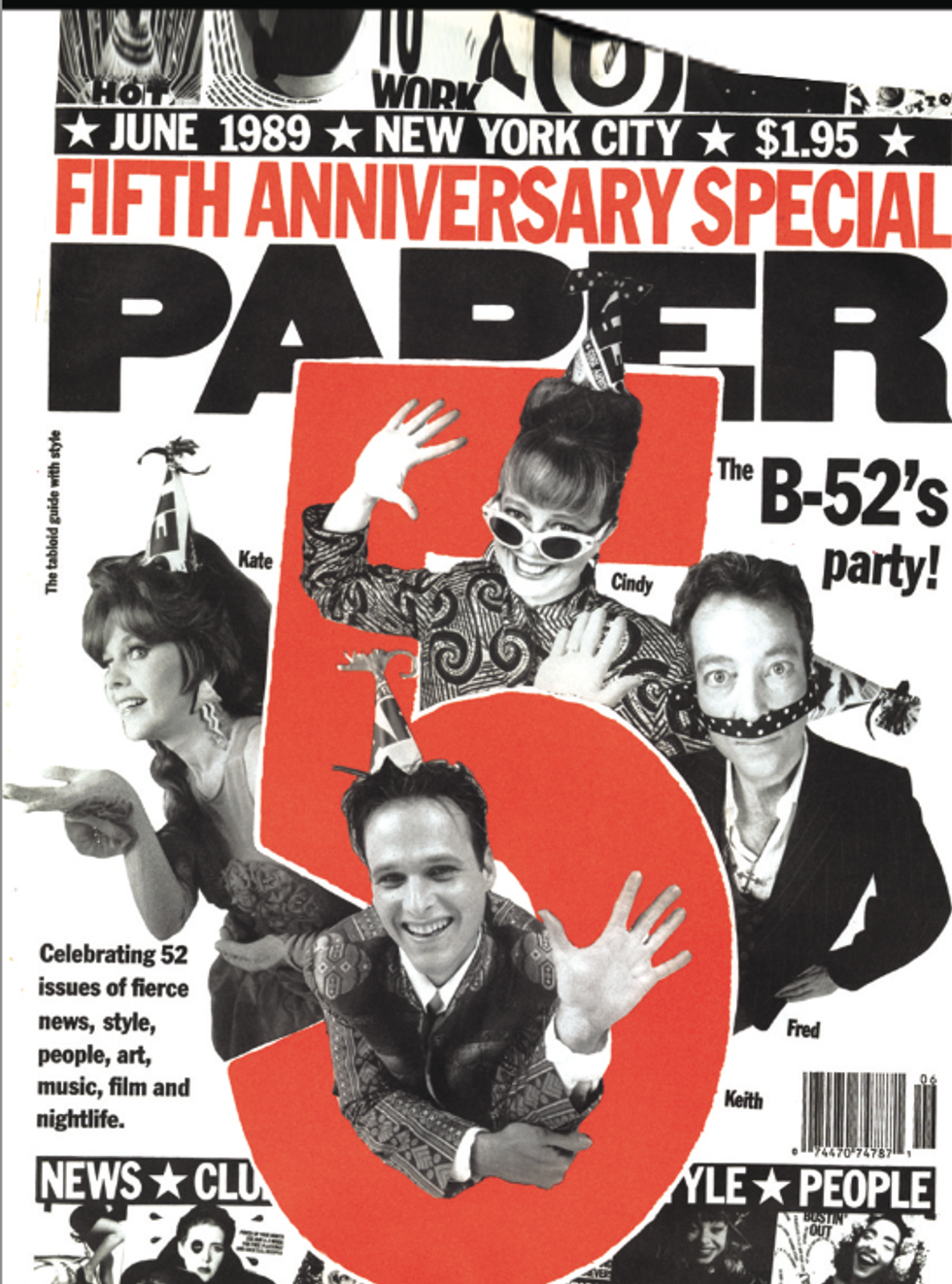 by Elizabeth Thompson
PAPERMAG
In celebration of Record Store Day coming up this Saturday, the B-52's Kate Pierson has released a special 7" single featuring her fizzy track "Better Not Sting the Bee," remixed by Steve Osborne (who produced the B-52s 2008 album, Funplex), as well as a remix of "Wolves," off Pierson's debut solo album Guitars and Microphones. We bow to everything new-wave queen (and former 1989 Paper cover star) Pierson does, and we're excited to be debuting "Better Not Sting the Bee" here on Papermag.com.
Pierson had this to say about the release:

I'm having a vinyl revival after buying a wind up RCA Victrola at a local auction. The 78s my father left me sounded miraculous on this incredible record player, so I was determined to have some vinyl come out with the release of my first solo album, Guitars and Microphones. I'm very excited to offer an exclusive red 7" single "Better Not Sting the Bee" remix by Steve Osborne for Record Store Day. This is a great day for independent record stores and vinyl lovers who know that vinyl is eternal!