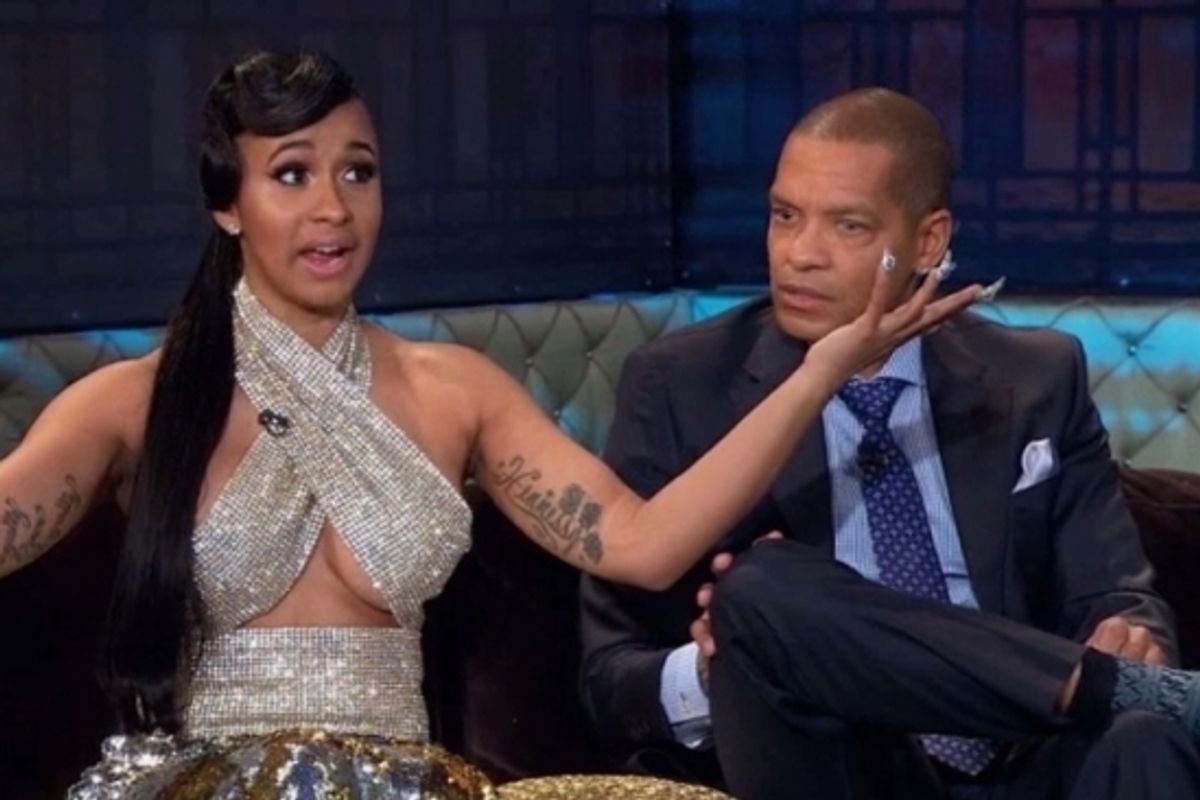 JX Cannon, the Brooklyn-based producer behind that viral Obama remix, continues to prove his skill as a master of pop culture quip remixes with the release of his new club-ready track, "Men Like U Need To Get Used" -- which samples an epic comeback from none other than Love and Hip-Hop's Cardi B.

Taken from the Love and Hip Hop Season 6 reunion, where Cardi drags Peter Gunz for his shady ass, impregnating ways by calling out his treatment of Amina Buddafly and Tara Wallace, Cannon says the club flip was inspired by a "strong reaction to Cardi shredding Peter Gunz."

"The first time she said 'Men like you need to get used,' I literally jumped out of my chair," Cannon said. "Me and Andrew Nerviano were watching it in between mastering sessions for my new EP -- I thought It'd be appropriate to commit that moment to song." Which is, indeed, a fitting tribute if we've ever heard one. Listen to the track in full below.